GYEONGJU, South Korea, July 8 (Yonhap) -- A regional sports association asked its district prosecution on Wednesday to charge a central figure in a triathlon abuse scandal with assault and sexual harassment.

Gyeongju Sports Association said it filed a complaint with Daegu District Public Prosecutors Office's regional office in Gyeongju, 370 kilometers southeast of Seoul, in pursuit of those charges against Ahn Joo-hyeon. 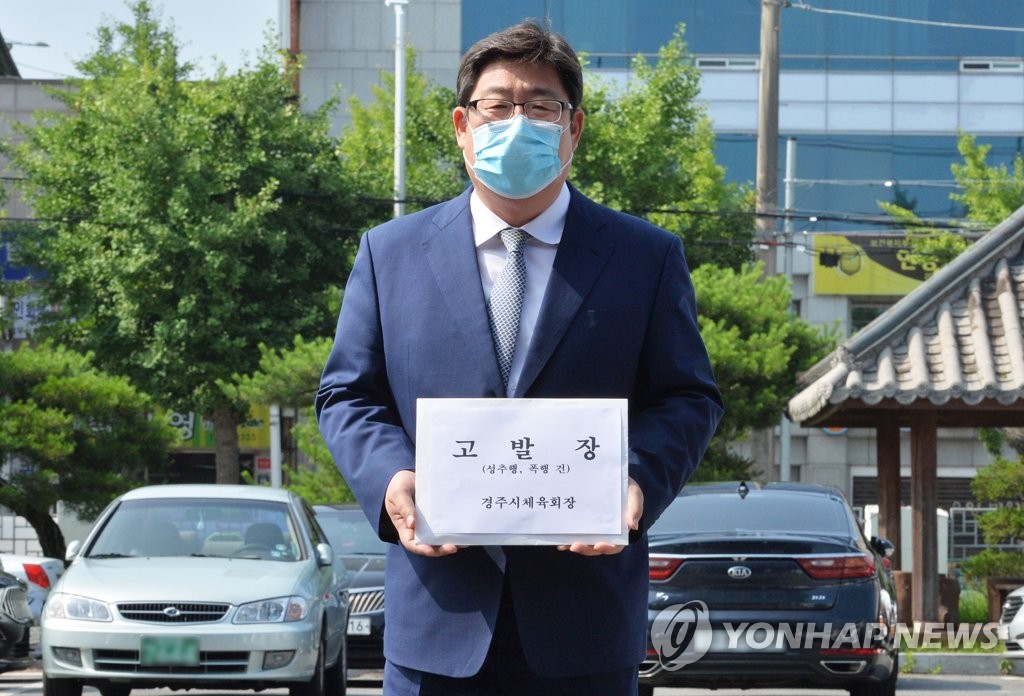 Ahn has been accused of physical assault and sexual harassment by multiple members of Gyeongju City Hall's triathlon team. One, Choi Suk-hyeon, took her own life on June 26 after enduring years of alleged abuse from Ahn and others on the team.

Kim Gyu-bong, the team's head coach, and one older teammate of Choi's have been banned for life by the Korea Triathlon Federation for their alleged abuse. One other teammate received a 10-year suspension.

Ahn escaped the federation's punishment because he was never formally registered with the team and only worked on a temporary basis for overseas training camps. Gyeongju officials also couldn't track him down when the scandal blew up last week, days after Choi's death.

Athletes referred to Ahn as their "team doctor," though he doesn't have a medical license and only functioned as an exercise therapist.

After submitting the complaint in person Wednesday, Yeo Jun-gi, head of the association, said he acted on testimonies from several current and former Gyeongju triathletes. 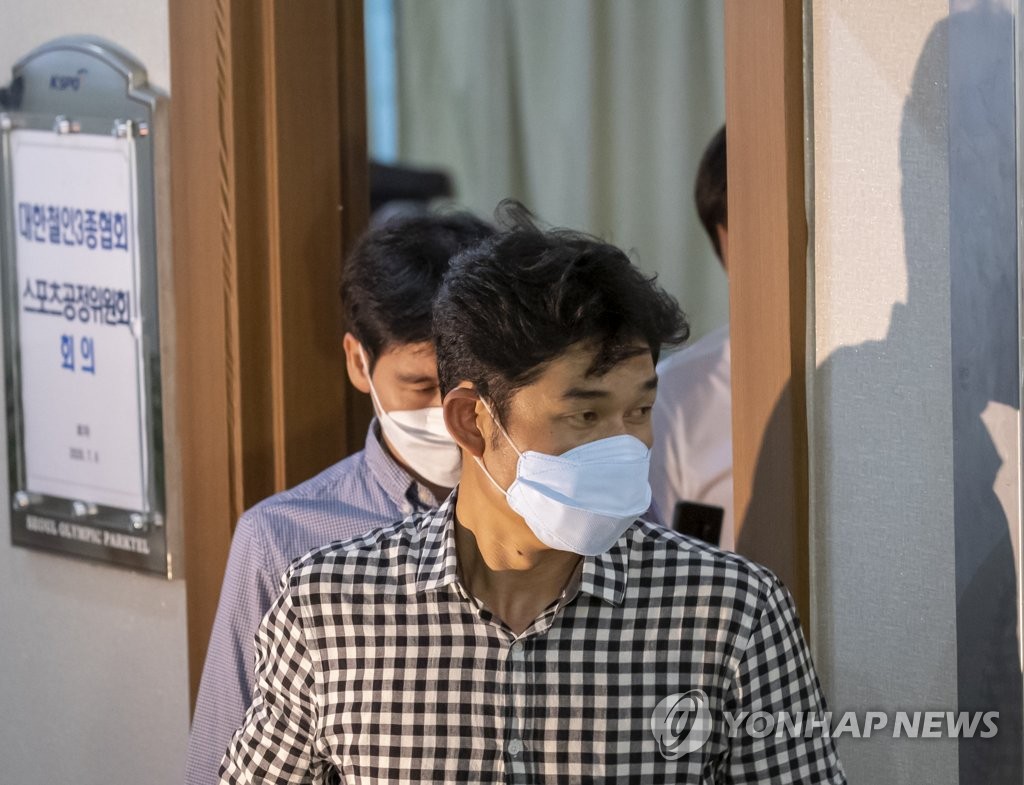 Separately, Daegu prosecutors are also investigating assault and extortion charges filed by Choi earlier this year against Kim and the two older teammates. Choi made those charges with Gyeongju police, who in turn forwarded the case to the prosecution with the recommendation of indictment.

Kim and the two athletes have denied the allegations against them. The Korean Sport & Olympic Committee said Tuesday that Ahn has admitted to physical assault and has claimed Kim didn't do anything wrong.