Samsung Electronics Co. announced the global launch of its two new premium soundbars, the HW-Q950T and the HW-Q900T, which completes its full 2020 Q-series soundbar lineup.

The new soundbars will be sold in major markets in stages, starting with Australia. In South Korea, both products will be launched next Tuesday, with the HW-Q950T priced at 1.9 million won (US$1,590) and the HW-Q900T at 1.4 million won.

Samsung reduced the height of new soundbars from last year's models, from 83 millimeters to 69.5 millimeters, so that they can fit perfectly with TVs. 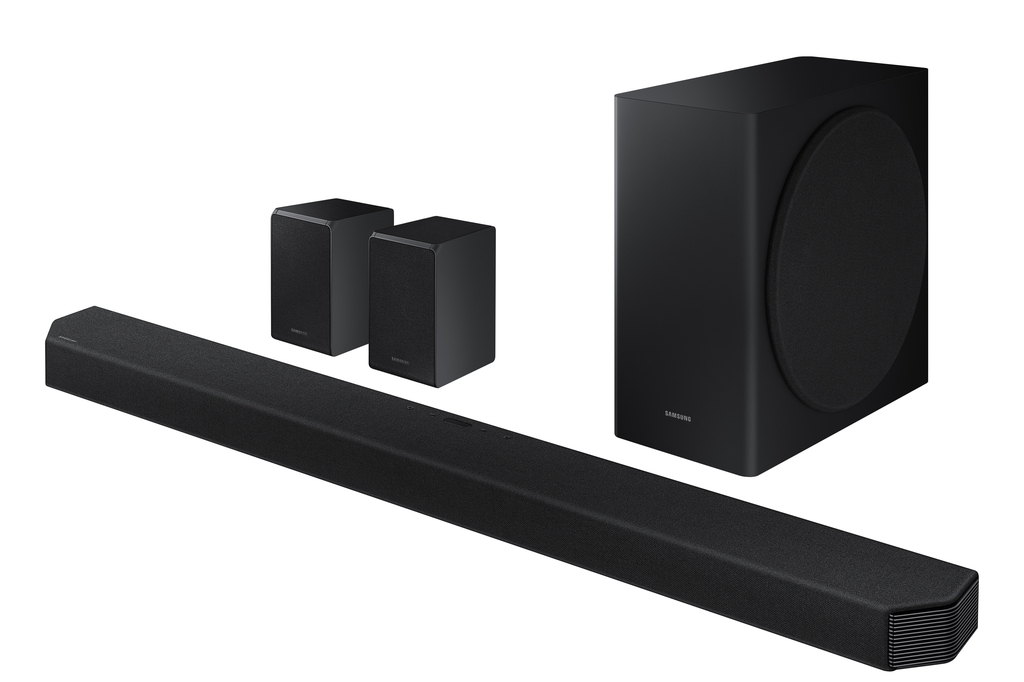 The company added it used eco-friendly textiles, made by Danish premium brand Kvadrat, to improve the design of its latest soundbars.

Samsung emphasized that the new soundbars will be in sync with the 2020 QLED TV models, saying that its Q-symphony solution will play surround sound from both the TV and soundbar.

LG Electronics Inc. introduced the GX soundbar that can create synergy with its artistically-inspired Gallery series OLED TVs, saying the product will be a "perfect visual companion."

The company said the new soundbar will be available this month in Europe, North America and Asia.

LG said the GX soundbar is identical in width and finish to the 65-inch GX Gallery series TV, providing a more harmonious look for users' TV systems. To give more flexibility, LG said the soundbar can be mounted either flush on the wall directly under the TV or supported using the included sturdy steel stand.

LG added that its AI Sound Pro technology will analyze and automatically apply the optimal sound settings regardless of the content to deliver the best audio quality.

According to data from market research firm Futuresource Consulting, Samsung was the leader in the global soundbar market last year with a 21.8 percent share in terms of sales revenue, 7.6 percentage points higher than Japan's Sony Corp.

In terms of sales volume, Samsung accounted for 16.5 percent of the global market in 2019, 3.6 percentage points higher than LG.