SEOUL, July 8 (Yonhap) -- A flood of job cuts unleashed by the coronavirus outbreak has been sweeping the South Korean movie theater industry amid the prolonged fallout from the pandemic.

Lotte Cultureworks, the entertainment unit of retail giant Lotte Group, said Wednesday that it has asked some employees to resign as part of its restructuring plans.

"We kept making efforts to maintain employment through a cut in salaries of executives and unpaid leave," an official from Lotte Cultureworks said. "But due to the protracted economic downturn, we've decided to lay off workers based on recommendations."

Earlier, CGV, an affiliate of Korean entertainment giant CJ Group, offered voluntary retirement to employees on long-term service in March out of its belt-tightening efforts to handle a financial crunch stemming from the monthslong COVID-19 pandemic.

The biggest multiplex operator in South Korea, with more than 110 theaters in operation nationwide, closed a third of its theaters for a month in April and has put off its investment plans for this year.

The layoffs came as the South Korean movie industry has been hit hard by the rapid spread of COVID-19 since end-February.

The number of moviegoers fell to a record low of 970,000 in April, with the daily number of ticket sales also reaching an all-time low of 15,000 on April 6.

The aggregated revenues of South Korean movie theaters totaled 67 billion won (US$56.1 million) over the March-June period, down 90 percent from the same period last year, according to data by the Korean Film Council. 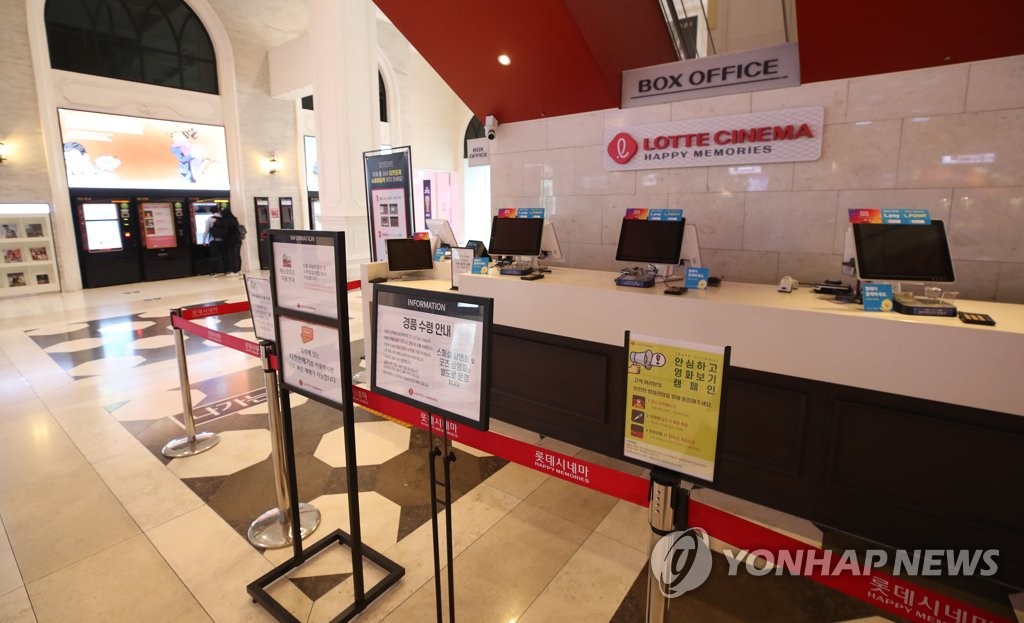