The plan is part of the city's efforts to go greener. The city aims to cut greenhouse gas by 40 percent in 2030, 70 percent in 2040 and eventually become carbon neutral, or have a net zero carbon footprint, by 2050.

"We will simultaneously push for five agendas in the areas of buildings, transportation, forests, energy and resource circulation by injecting 2.6 trillion won (US$2.2 billion) by 2022," Park told a press briefing.

The plan centers around reducing greenhouse emissions coming from buildings, transportation and trash, which together account for roughly 94 percent of the city's total emissions. 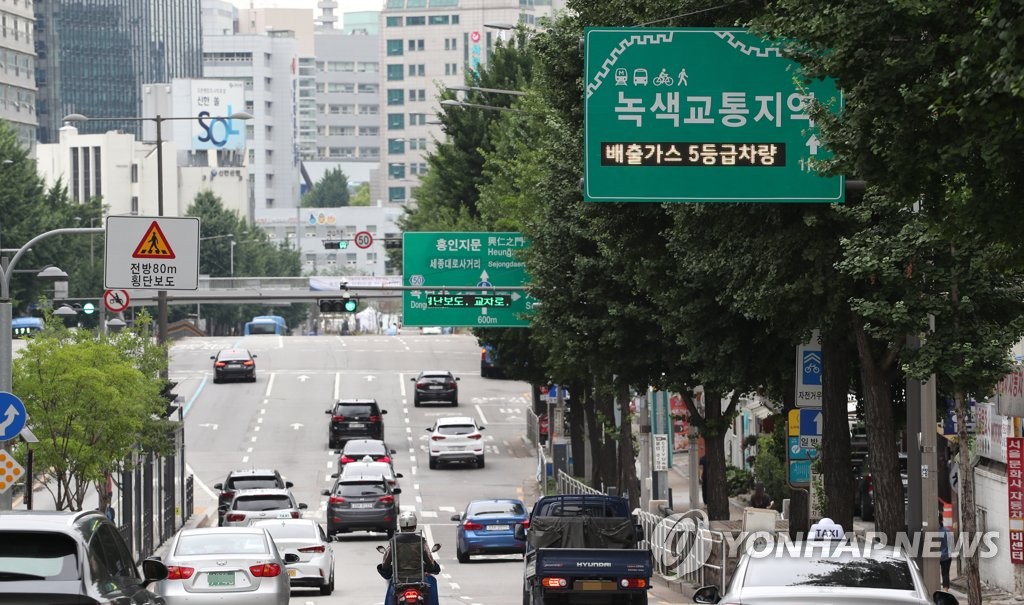 Under the plan, the city plans to suggest to the government to only allow registration of electric and hydrogen-fueled cars and begin banning other cars from driving in the city's "green transport zones" in 2035. The city plans to expand the plan to all areas in the capital by 2050.

The city also plans to renovate old buildings -- starting with public facilities, such as community health centers and centers for child and elderly care -- to make them more energy efficient.

Starting next year, it also plans to run a pilot program that caps emissions at public buildings with a floor area of 1,000 square meters or larger. The city said it plans to expand the scheme to private buildings in 2022.

The municipal government said it will consult with the environment ministry and other agencies to push for changes in law that would make the suggested ideas feasible.