He received a briefing from Finance Minister Hong Nam-ki on a "comprehensive" scheme for the so-called Korean-version New Deal earlier in the day, according to Cheong Wa Dae spokesman Kang Min-seok.

Hong, who doubles as deputy prime minister for the economy, gave specifics of the plan, including signature projects and the scale of the budget, drawn up in consultations among the government, the ruling Democratic Party and Cheong Wa Dae.

Moon instructed Hong to prepare thoroughly for an event to "report the plan to the people," which is slated for next Monday, Kang added.

In April, Moon announced his push for the New Deal drive while chairing the fifth emergency economic council meeting on responding to the COVID-19 crisis. He put forward the idea of focusing on establishing digital infrastructure.

Moon later suggested adding the Green New Deal to the package as another pillar together with the Digital New Deal designed to make South Korea's economy less dependent on fossil fuel in a swift and bold shift toward environment-friendly energy use. 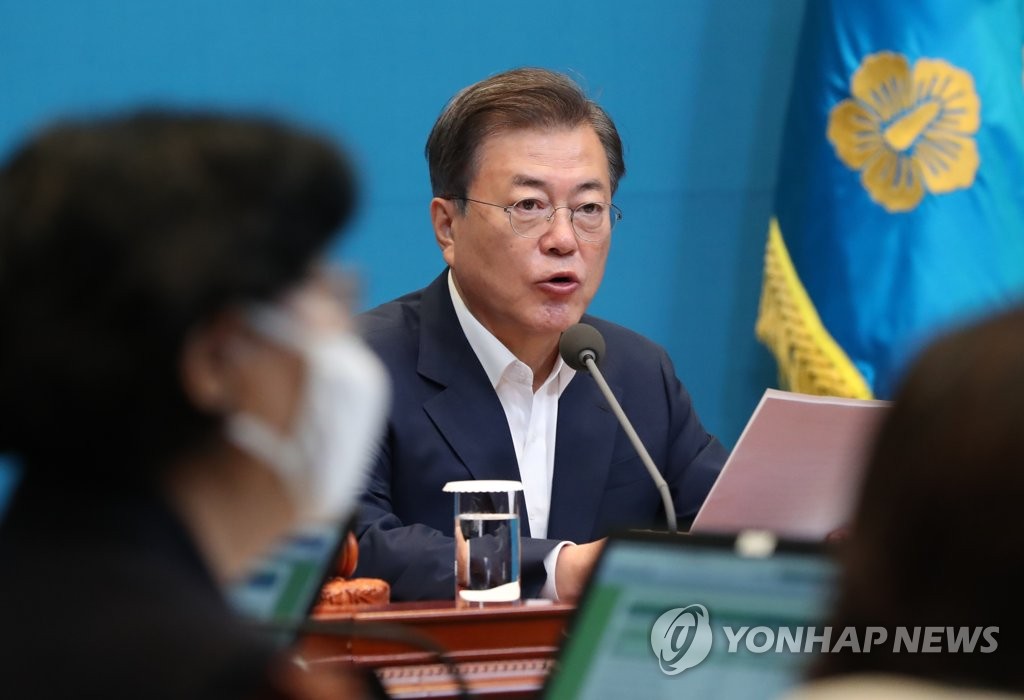