Russell will need to complete a 14-day quarantine, and when he moves into his temporary residence prepared by the Heroes in Yangpyeong, 55 kilometers east of Seoul, he will find a batting cage equipped with a pitching machine.

With the mandatory quarantine a new normal this season, Korea Baseball Organization (KBO) teams have set up training tools for their new foreign players while putting them up in a place with a front yard. 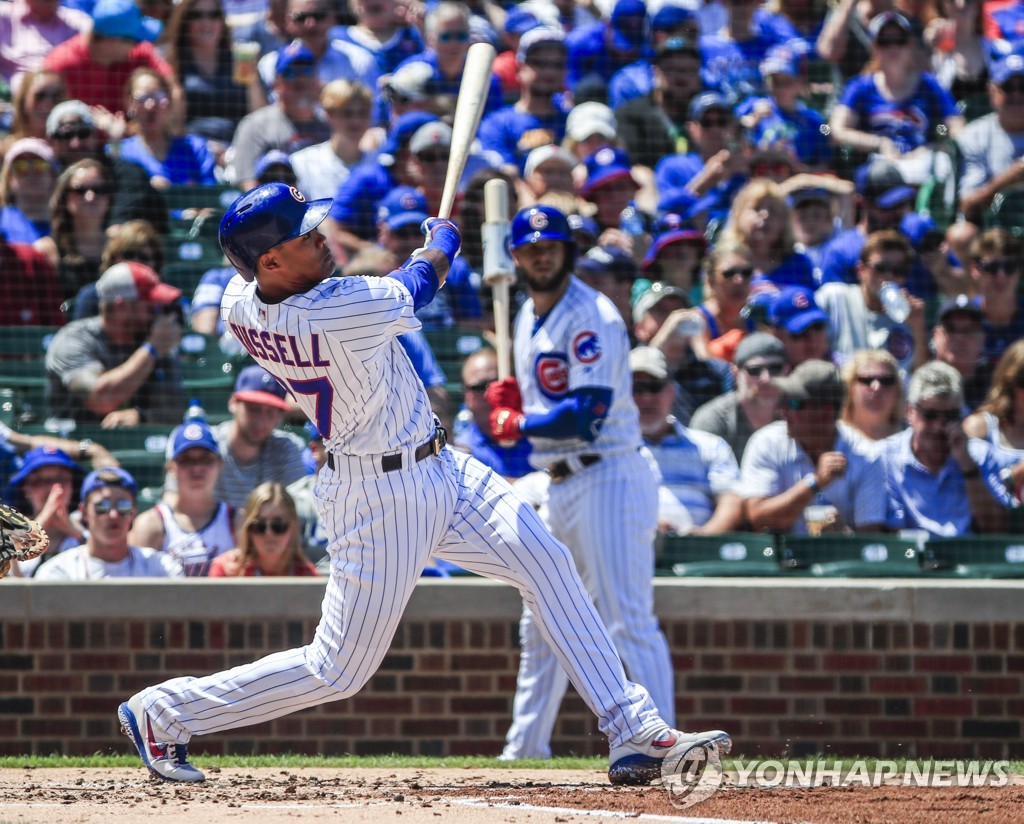 But the Heroes have gone above and beyond to help Russell get ready. In announcing Russell's flight schedule earlier this week, the Heroes distributed photos of the batting cage.

And Heroes' general manager Kim Chi-hyun said Wednesday the club has since added a pitching machine.

"Our top priority is for Russell to play in the KBO as soon as possible," Kim said of the player who is expected to get into a couple of games in the minors first. "We've looked all over the place before settling on that location in Yangpyeong. Even though he'll only be there for two weeks, we've already paid the rent for a full month."

Manager Son Hyuk, prior to a home game against the Samsung Lions on Wednesday at Gocheok Sky Dome in Seoul, thanked the front office for setting up "a great training environment."

"This league has seen some great young players from overseas, but I don't think we've seen one quite as good as Russell," Son said of the 2016 All-Star for the Chicago Cubs. "He has a great range on defense and he's a clutch hitter at the plate. He's going to give us a jolt and lift some pressure off our infielders."

The Heroes didn't necessarily need another infielder. Russell has only played second base and shortstop in the majors, and the Heroes already have former MVP Seo Geon-chang at second and perennial All-Star Kim Ha-seong at shortstop.

Son has hinted that he will put Russell in his natural position at shortstop and move other pieces around the infield.

Kim, the general manager, said he was in hot pursuit of former All-Star outfielder Yasiel Puig and once revealed that he felt the Heroes had a good chance of signing him. Instead, Puig, currently a free agent, wanted to give the big leagues another shot, and the Heroes shifted their focus to Russell.

Kim said signing Puig would also have made a big splash but admitted he was worried about the impact on team chemistry Puig's presence might have had. Since his early days with the Los Angeles Dodgers, Puig has had a reputation of being a selfish and petulant teammate.

On Russell, Kim said, "He's absolutely motivated, and I am convinced he's going to be great for us."