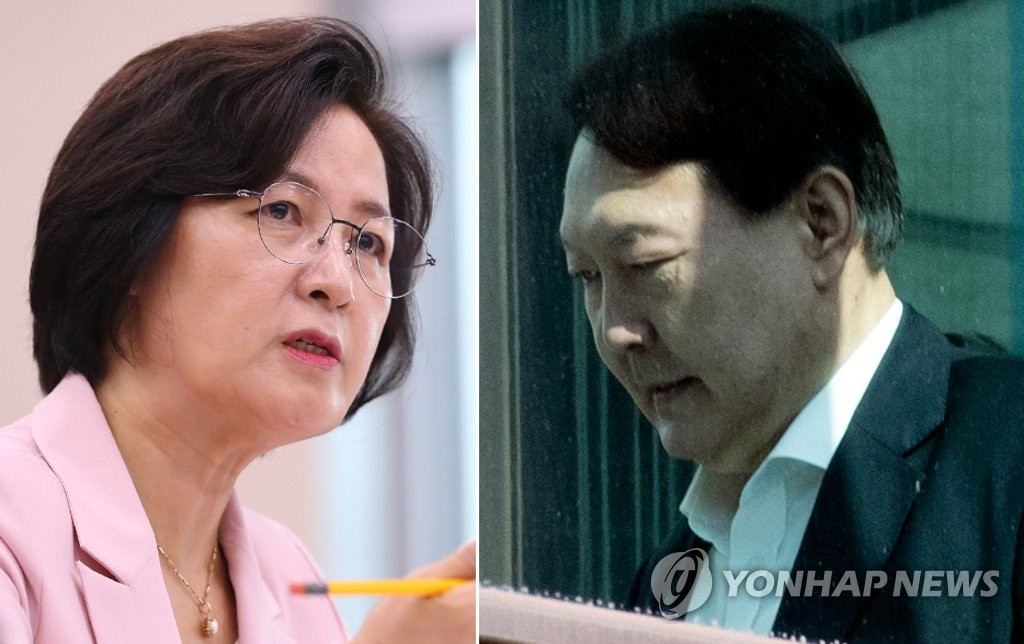 In less than two hours of the announcement, the minister rejected the recommendation.

In April, the district prosecutors' office began the probe into a cable TV reporter suspected of using his close ties with ranking prosecutor Han Dong-hoon, a close associate of Yoon, to pressure a jailed financier to divulge allegedly corrupt acts by a pro-government commentator.

The Supreme Prosecutors' Office decided on June 19 to convene an advisory panel to review the case, a move critics regarded as a deliberate scheme to deter the ongoing probe.

Last Thursday, Minister Choo ordered the chief prosecutor to withdraw the plan and guarantee independence to a probe team in charge of the case.