Noting that the deal was one of the agreements initially reached at the summit of the two countries' leaders, Kang expressed hopes that it could be a signal of economic rebound from the coronavirus-driven slowdown.

She also thanked the Qatari government for providing assistance in the return of South Korean nationals who had been stranded there due to the lockdown over virus fears.

In response, Mohammed said that his government is willing to offer more help for other essential travelers, such as businesspeople, and expressed expectations for a resumption of people-to-people exchanges.

He also expressed appreciation for South Korea's provision of US$7 million worth of coronavirus test kits and other equipment to Qatar and wished that such cooperation in the health sector would continue in the future, according to Seoul's foreign ministry. 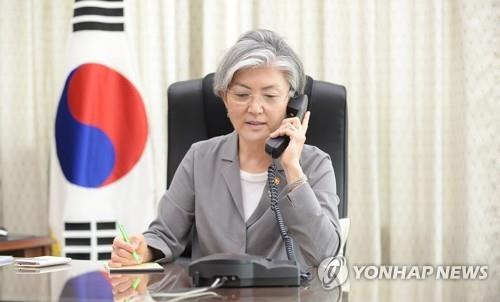