SEOUL, July 8 (Yonhap) -- South Korean prosecutors on Wednesday arrested three officials of a religious sect blamed for a major infection cluster at the early stage of the coronavirus outbreak in the country.

They are accused of handing in false documents to the health authorities around February about the number of followers and venues for past gatherings when the COVID-19 outbreak began to spread quickly.

They deleted visitor logs of about 100 followers because the followers requested their personal details not be submitted to the authorities.

One of its churches in the southern city of Daegu became the epicenter of the first infection cluster, with more than 4,000 followers contracting the virus. As of late June, the Shincheonji followers accounted for over 40 percent of the country's total caseload. 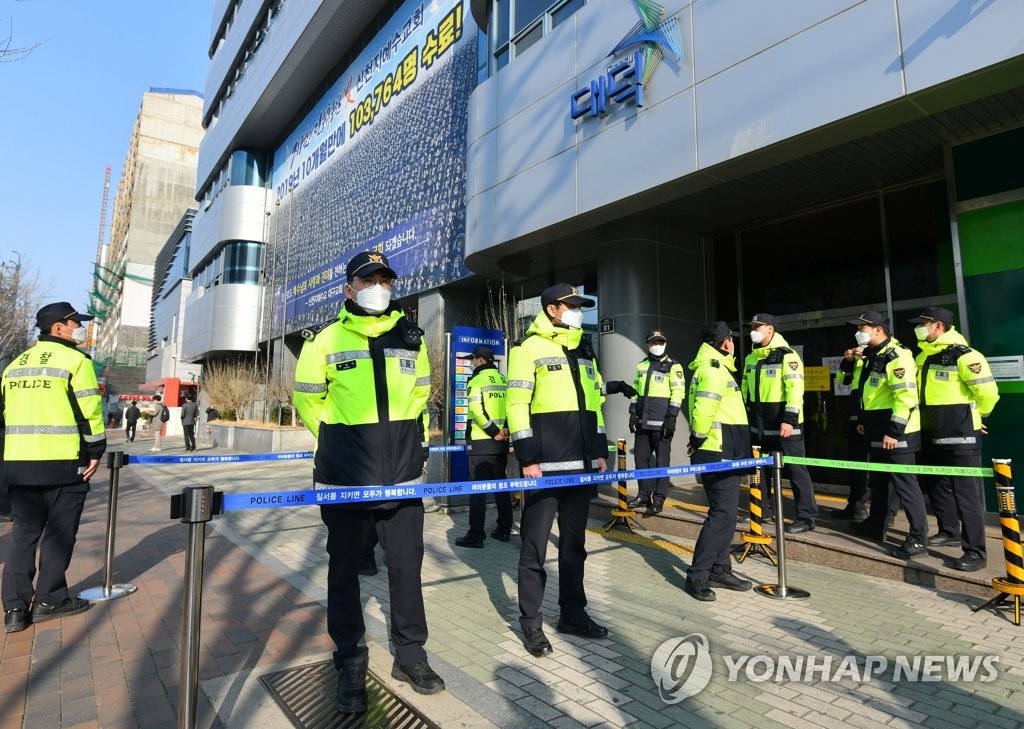