WASHINGTON, July 8 (Yonhap) -- The defense ministers of the United States, Australia and Japan have urged North Korea to refrain from actions that increase tensions and return to negotiations over its nuclear weapons program.

In a virtual trilateral meeting on Tuesday, U.S. Secretary of Defense Mark Esper and his counterparts, Linda Reynolds of Australia and Taro Kono of Japan, shared their "strong concern" that North Korea's ballistic missile launches pose a serious threat to international security, according to a joint statement released by the Pentagon.

They also condemned North Korea's repeated violations of United Nations Security Council resolutions and expressed concern about Pyongyang's announcement that it no longer feels bound by its moratorium on nuclear and intercontinental ballistic missile tests.

"The ministers again called upon North Korea to cease actions that increase tensions and undermine regional stability, to comply with its international obligations, and to take clear steps to achieve the complete, verifiable, and irreversible dismantlement of its weapons of mass destruction and ballistic missiles programs of all ranges in accordance with UNSCRs," the statement said.

"To this end, they commended ongoing diplomatic efforts to engage North Korea, and called on North Korea to return to the negotiating table and make a sustained commitment to dialogue," it added.

The ministers also reaffirmed their commitment to enforcing sanctions against North Korea, including by deterring illegal ship-to-ship transfers of refined petroleum, coal and other sanctioned goods. 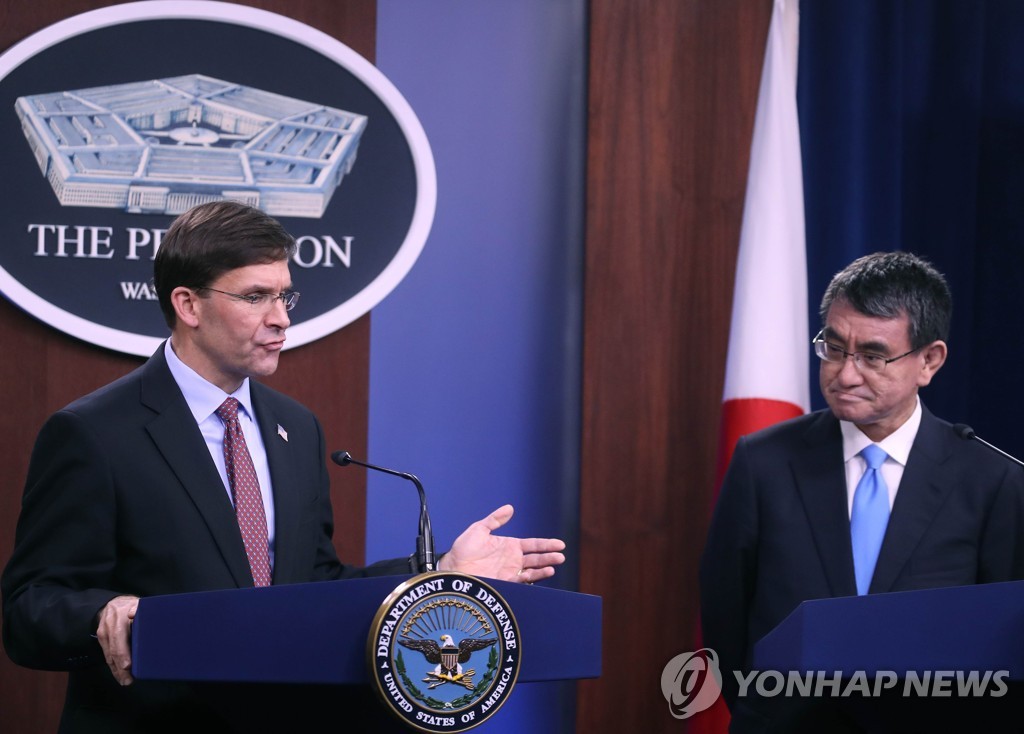