In a video message released Tuesday to thank members of the force for their contribution to implementing the National Defense Strategy, Esper listed achievements such as removing terrorists and preserving the freedom of navigation in contested waters.

The Department of Defense has also "deterred aggressive activities perpetrated by rogue states such as North Korea and Iran, as well as near-peers such as Russia and China," he said.

Esper used the word "rogue" to describe North Korea and Iran in February, as well as in December.

After U.S. Secretary of State Mike Pompeo's mention of the word in August, North Korea's First Vice Foreign Minister Choe Son-hui warned the U.S. not to test the country's patience if it didn't want to have "bitter regrets afterwards."

U.S. Deputy Secretary of State Stephen Biegun, who doubles as the U.S. special representative for North Korea, has been in Seoul this week amid stalled nuclear talks between Washington and Pyongyang.

North Korean officials, including Choe, declared ahead of his trip that the communist nation was not interested in sitting down for talks with the U.S.

Biegun told the press in Seoul on Wednesday that the U.S. did not request a visit with the North Koreans and that his team was there to meet with "our close friends and allies, the South Koreans." 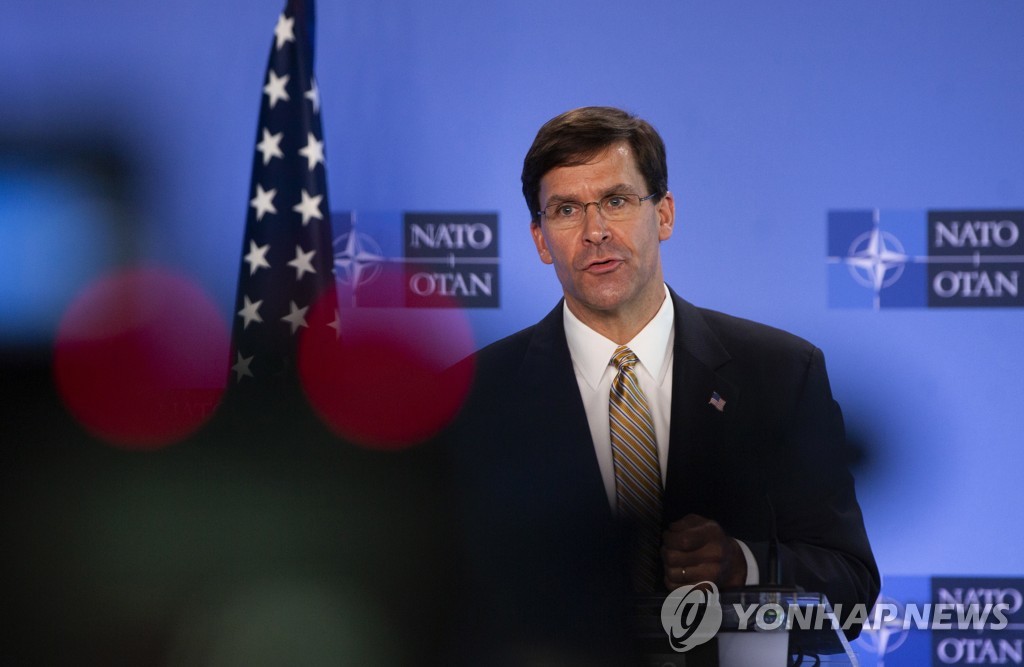