Air Busan plans to begin offering one flight per week on the Incheon-Shenzhen route on Fridays from July 17, the company said in a statement.

"The company is targeting to increase the number of flights on the route to Shenzhen depending on the Chinese authorities' guidance. And it aims to restart services on the Incheon-Ningbo route in August," the statement said.

Air Busan has suspended all of its flights on international routes since March 9 as countries closed their borders or imposed entry restrictions on incoming passengers amid coronavirus fears. 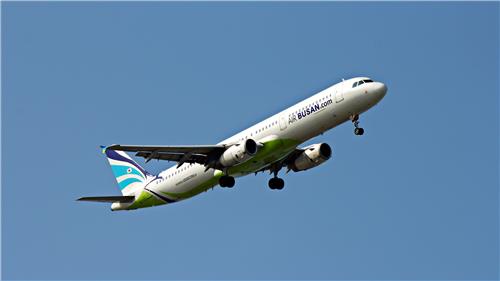 China's aviation authorities have limited airlines to one flight per week since late March to stem the spread of the COVID-19 pandemic through incoming passengers. The Ministry of Land, Infrastructure and Transport has been in consultations with its Chinese counterpart to increase the number of flights.

Two other Korean carriers -- Korean Air Lines Co. and Jeju Air Co. -- have also offered one flight per week on the Incheon-Shenyang route and the Incheon-Weihai route, respectively.

With the resumption of Air Busan's flights to Shenzhen and Asiana's flights to Nanjing, there will be five routes to China available as of July 17.