Fresh bank loans extended to local households came to 8.1 trillion won (US$6.79 billion) in the month, up from 5 trillion won in May, according to the data from the Bank of Korea (BOK).

The amount marks the highest monthly increase posted in June since the BOK began compiling such data in 2004. 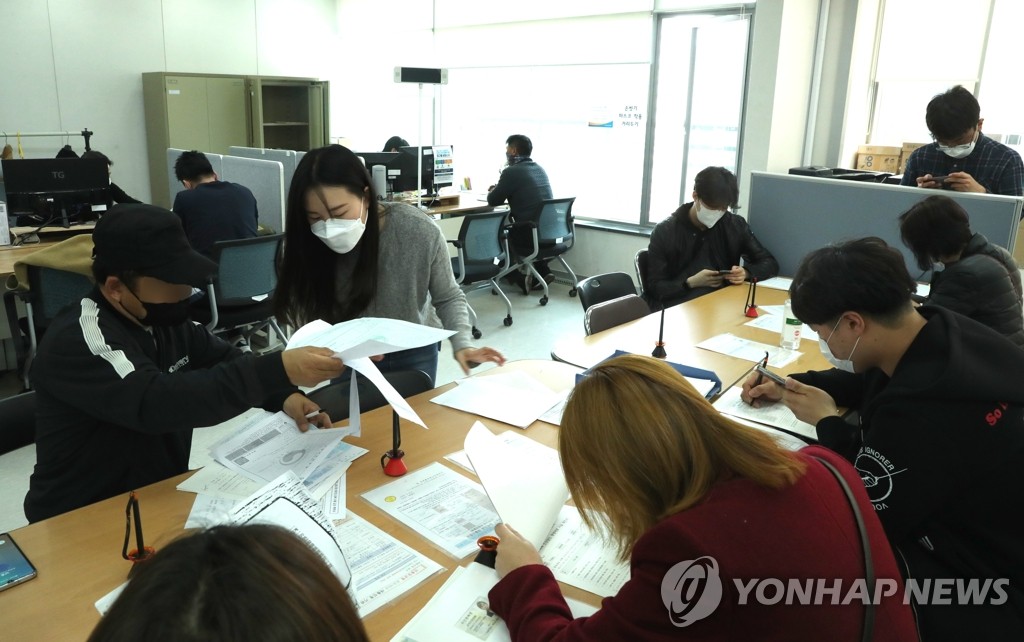 The number of apartment transactions in Seoul doubled to about 6,000 in May from around 3,000 the previous month, while the number for Gyeonggi Province that surrounds the capital jumped to 17,000 from 12,000 over the cited period, the BOK added, noting a rise in home transactions usually leads to an increased demand for loans the following month.

The rise in corporate loans, on the other hand, sharply slowed to a 1.5 trillion won increase in the month, compared with a 16 trillion won hike the month before and 27.9 trillion won surge in April.

Shortly after the country reported its first COVID-19 case on Jan. 20, the central bank began purchasing an "unlimited" amount of local bonds in repo operations in a clear move to boost market liquidity.

In May, the BOK also launched a new program, together with the Finance Ministry, to purchase up to 10 trillion won worth bonds from companies with substandard ratings.

The BOK said local businesses net issued 4.4 trillion won worth of bonds in June, up from 3.3 trillion won the month before.