Earthquakes have become a matter of public concern in South Korea in recent years with 88 earthquakes detected in the country last year, compared with an average of 70 over the decade since 1999.

SK Telecom said it will install plug-in type earthquake sensors in 8,000 locations across the country, including its base stations and public buildings, in partnership with the Korea Meteorological Administration (KMA) and Kyungpook National University, by the end of this year.

Currently, the country has a network of 338 seismic monitors. 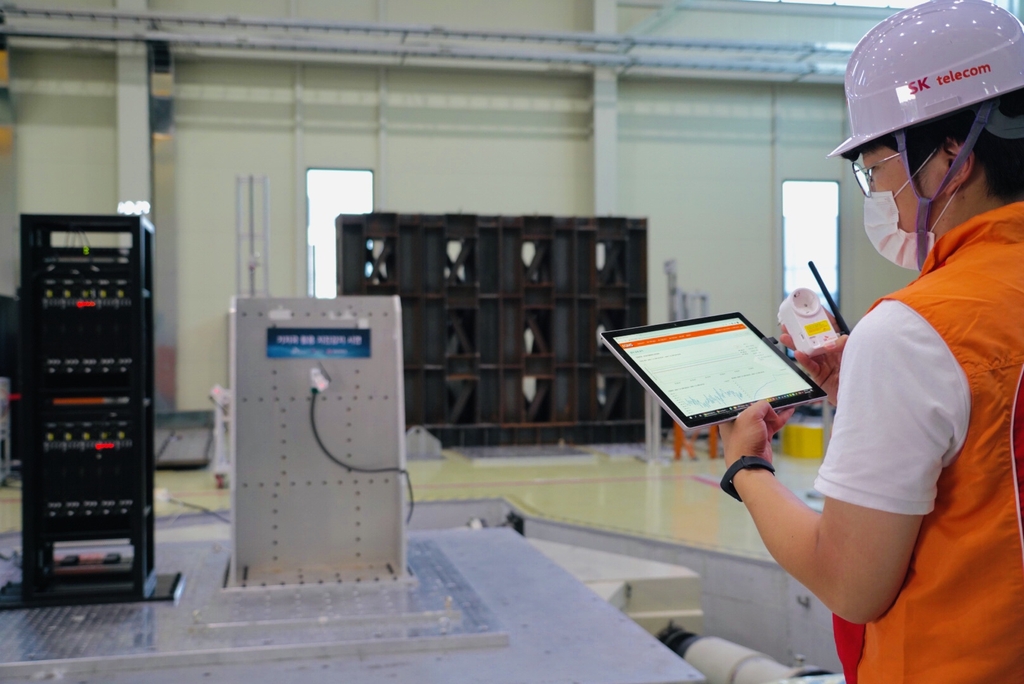 The carrier demonstrated how its sensor system works on a mock 6.0-magnitude earthquake in Dongtan, just south of Seoul. The sensor is able to record 100 vibrations per second that is sent to the KMA for faster and more accurate alerts to the public, according to SK Telecom.

South Korea has ramped up on earthquake safety measures since 2016 when a 5.8-magnitude earthquake hit the southeastern city of Gyeongju, 276 kilometers south Seoul, and left 23 injured.

The KMA is currently able to send earthquake alerts to the public in 7 to 25 seconds.