The industry ministry also expanded a list of materials, parts and equipment to 338 to reduce the country's reliance on Japanese imports and cope with a change in global supply chains after the coronavirus pandemic.

Previously, South Korea had listed 100 local materials, parts and equipment that it aimed to cut the reliance on Japanese imports since Tokyo abruptly rolled out restrictions on exports of key industrial materials to Seoul in July last year.

By 2022, the government will spend 5 trillion won in research and development to secure technologies for new growth-engine sectors, the ministry said.

In particular, the government will invest 2 trillion won in research and development for semiconductor, biotechnology and electric vehicles, it said.

The government will also set up a fund of 400 billion won to support 100 firms in sectors of materials, parts and equipment over the next five years, the ministry said. 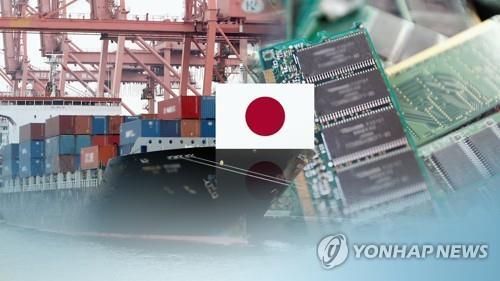 With Japan showing little sign of withdrawing its export curbs, South Korea reopened a lawsuit at the World Trade Organization (WTO) last month, which was suspended last year in a goodwill gesture.

This month, the WTO plans to decide whether to set up a panel to look into South Korea's complaint against Japan.

Although the trade row dragged on, South Korea's efforts to cut its reliance on Japanese materials and parts have made significant progress, Seoul officials said.

For South Korea, Tokyo's move was seen as retaliation for a verdict made by a Seoul court in 2018 that ordered Japanese firms to compensate Korean victims for their forced labor during its 1910-45 colonial rule.
(END)