The culture ministry, together with the Korea Craft & Design Foundation (KCDF), has selected 22 middle and high schools across the country to adopt modified hanbok uniforms for students on a trial basis.

KCDF has also selected four hanbok manufacturing companies to provide the uniforms. Schools will be provided with assigned hanbok designers to oversee the design and manufacturing process.

Hanbok is known for vibrant colors and simple lines and is worn by Koreans on formal and ceremonial occasions. In recent years, hanbok has caught on as a trendy fashion item among young people and overseas tourists when visiting traditional palaces, usually by renting.

"We expect to see schools adopt modified hanbok uniforms as early as the coming fall semester," a ministry official said.

The ministry also plans to announce more schools for the program next year and come up with various hanbok uniform designs, the official added. 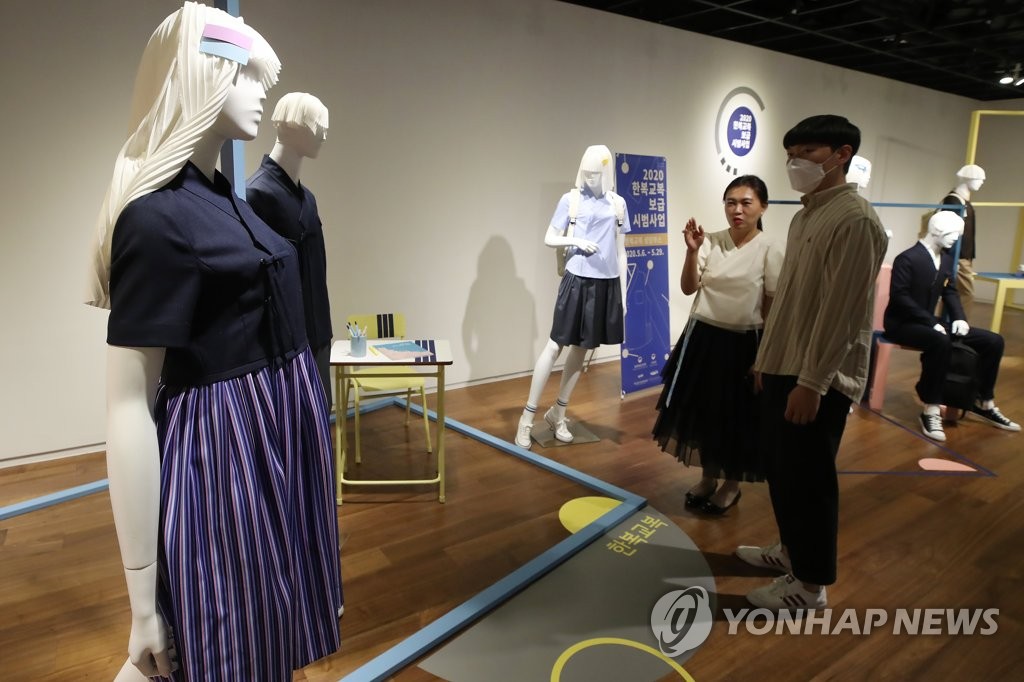