SEOUL, July 9 (Yonhap) -- Three marathon runners were killed after being hit by a car driven by a drunk driver on a road in Gyeonggi Province on early Thursday morning, police said.

The fatal crash occurred on a two-lane road in Icheon, some 50 kilometers southeast of Seoul, around 3:30 a.m. The victims, whose identities were withheld except that one of them is aged 61, were hit by a sedan driven by a 30-year-old motorist from behind while running along the side of the road as part of a cross-country ultra marathon race, police said.

They were seriously injured and died while being transferred to a hospital, police added.

They were known as participants of the "2020 Korea Cross-country Ultra Marathon" running 537 km from Busan, a southeastern port city, to Paju, a Gyeonggi city close to the inter-Korean border. 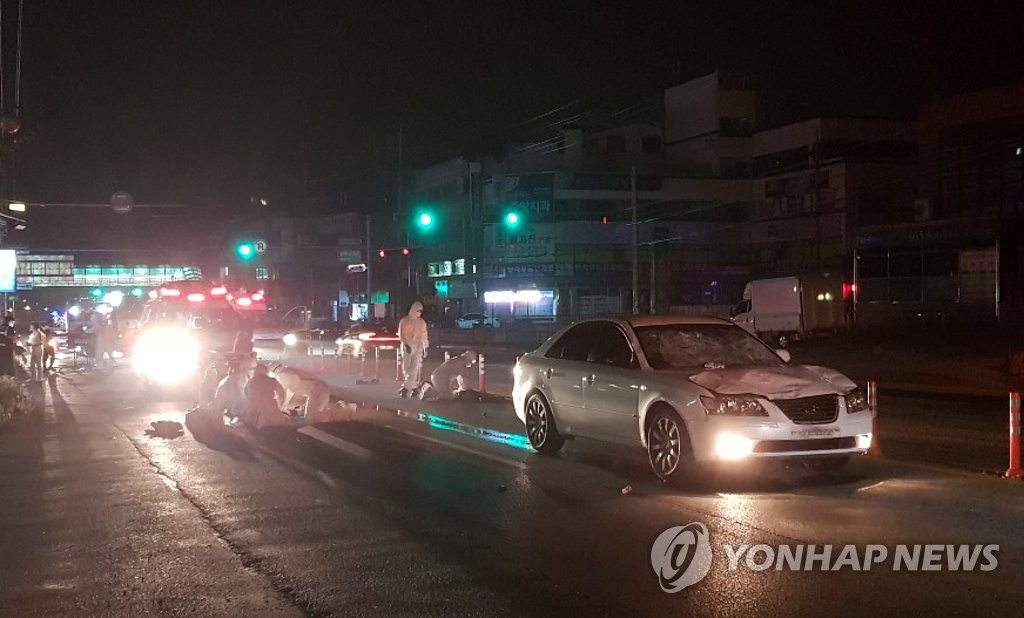 Police conducted a breathalyzer test on the driver and his blood alcohol level was over 0.08 percent, high enough to have his license revoked.

The ill-fated runners were wearing fluorescent rods on their backs at the time of the accident, police said, noting they were the only group of race participants in the area.

The driver allegedly told police that he didn't see the runners. The police plan to conduct a further investigation into the case.