Dongkuk Steel plans to expand its current color-coated steel production lines to produce 850,000 tons of the high-end products a year by the end of 2021 from the current 750,000 tons, the company said in a statement.

The steelmaker's color-coated steel capacity jumped to 750,000 tons in 2016 from 300,000 tons in 1999, and the number of the product's output lines also jumped to eight from two during the same period, it said. 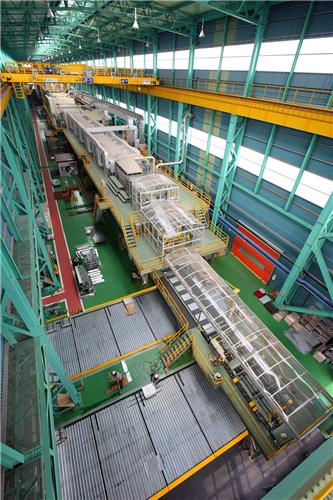 Color-coated steel is used in home appliances, elevators, roofs, walls, garage doors and many other parts of buildings and houses, a company spokeswoman said.

The company used to earn most of its sales from shipbuilding plates until the 2008 financial crisis. But steelmakers have suffered a sharp decline in orders from shipbuilders since the crisis.

In the January-March quarter, Dongkuk Steel shifted to a net loss of 120.82 billion won from a net profit of 729.9 million won in the year-ago period.