SEOUL, July 9 (Yonhap) -- Only one out of 3,055 people tested positive for coronavirus antibodies in South Korea, a preliminary antibody test showed Thursday, suggesting that the nation's aggressive containment efforts might have curbed the virus' prevalence.

However, the Korea Centers for Disease Control and Prevention (KCDC) cautioned against reading too much into the preliminary outcome, because the test did not cover people in the southeastern city of Daegu, once the nation's virus hotspot.

The serology tests, conducted by the KCDC on 3,055 people between April 21 and June 19, found that only 1 person, or 0.03 percent, had been exposed to the novel coronavirus.

The rate is extremely low, compared with other nations and cities. Spain had a rate of 5 percent, London with 17 percent and Stockholm with 7.3 percent.

Experts have also said it is common for people who tested positive for the virus but did not show symptoms to lose their immunity. 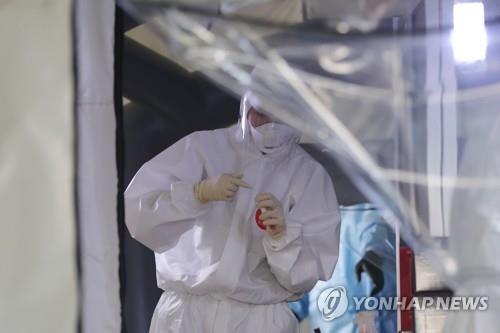 In early May, the KCDC said it would carry out nationwide serology tests to discover how many people have immunity against the novel coronavirus.

Serology tests are known to be in use in Europe, the United States, Japan and other advanced nations to figure out how many people are infected with the potentially deadly virus.

The KCDC said it will conduct serology tests every two months and tests will be carried out on 3,300 people in Daegu and the surrounding province later this month.