SEOUL, July 9 (Yonhap) -- U.S. Deputy Secretary of State Stephen Biegun wrapped up his three-day visit to South Korea and departed for Japan on Thursday after expressing full U.S. support for inter-Korean cooperation and reaffirming willingness to reengage with North Korea.

Biegun and his delegation took off from the Osan Air Base in Pyeongtaek, south of Seoul, at about 4 p.m., according to diplomatic sources. In Tokyo, he is expected to hold talks with Japanese officials before flying back to the United States on Friday.

The trip by the No. 2 American diplomat, who doubles as the top U.S. envoy for North Korea, came amid the prolonged deadlock in nuclear negotiations between Washington and Pyongyang and chilly cross-border ties after the North's blowing up of an inter-Korean liaison office.

On Wednesday, Biegun expressed Washington's strong support for inter-Korean cooperation and reaffirmed that the U.S. is ready to resume talks with North Korea at any time. He also used the trip to highlight the firm alliance between Washington and Seoul.

Before heading to Tokyo, he met with Suh Hoon, Seoul's new national security adviser, at the presidential office Cheong Wa Dae earlier in the day. They discussed ways to advance the peace process on the Korean Peninsula and shared the need for a resumption of the nuclear dialogue.

Biegun's visit this time did not include paying a courtesy call on President Moon Jae-in. 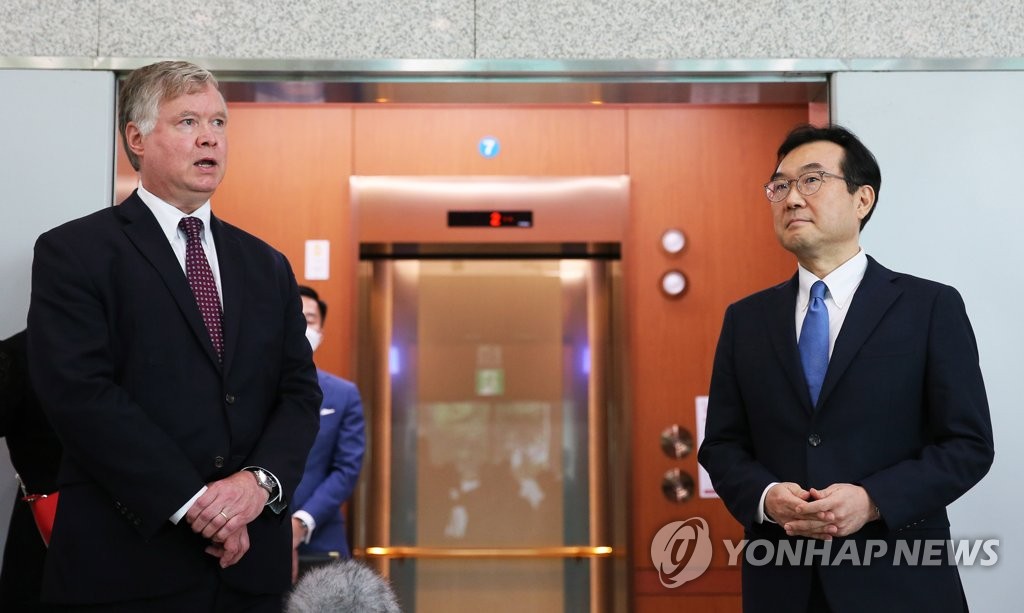 Biegun wraps up his visit to S. Korea amid stalled N.K. diplomacy

Biegun wraps up his visit to S. Korea amid stalled N.K. diplomacy