Manager Son Hyuk said Thursday right-hander Han Hyun-hee will rejoin the rotation on Sunday, while fellow righty Jake Brigham should be ready to pitch next Tuesday for the Korea Baseball Organization (KBO) club.

Han has been on the injured list since last Thursday with knee issues. Brigham hasn't pitched since May 22 with a sprained elbow. 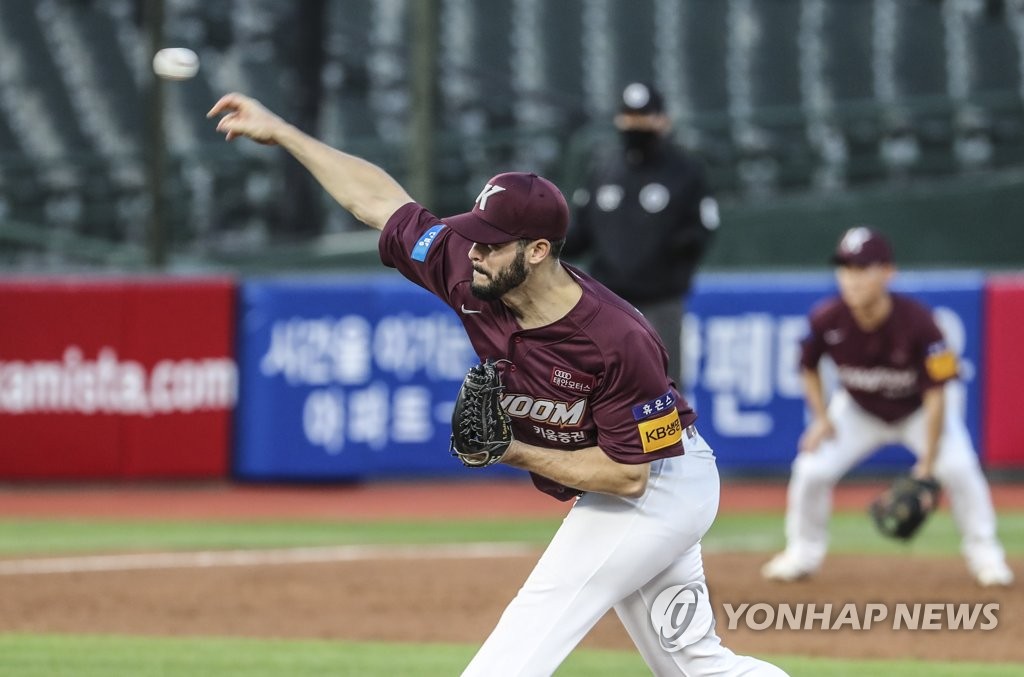 Without enough starters, Son was forced to send usual relievers to open each of the past two games against the Samsung Lions. The Heroes were routed 13-2 on Tuesday but rallied for a 7-6 win on Wednesday.

Brigham threw in a minor league game on Wednesday. Though he allowed two runs in three innings, Son said he was otherwise pleased with Brigham's progress, noting that the right-hander's fastball reached over 145 kilometers per hour (90 miles per hour).

"Barring any major issues, he'll be back in the rotation by Tuesday," Son told reporters at Gocheok Sky Dome in Seoul. "Overall, he seems to be doing fine."

Son said Han threw a bullpen session on Tuesday and looked ready to start again. In his last outing on July 1 against the Doosan Bears, Han was roughed up for 10 earned runs on 11 hits in a season-low 1 2/3 innings.

Son breathed a sigh of relief after getting the split from the two bullpen days.

"When we go through relievers like that, it can be tough for fielders to maintain their focus, but they did a great job in those games," Son said. "We were down by six runs last night but the players never gave up and pulled out the victory. I was really down on myself the past two days, but my players helped me keep my head up." 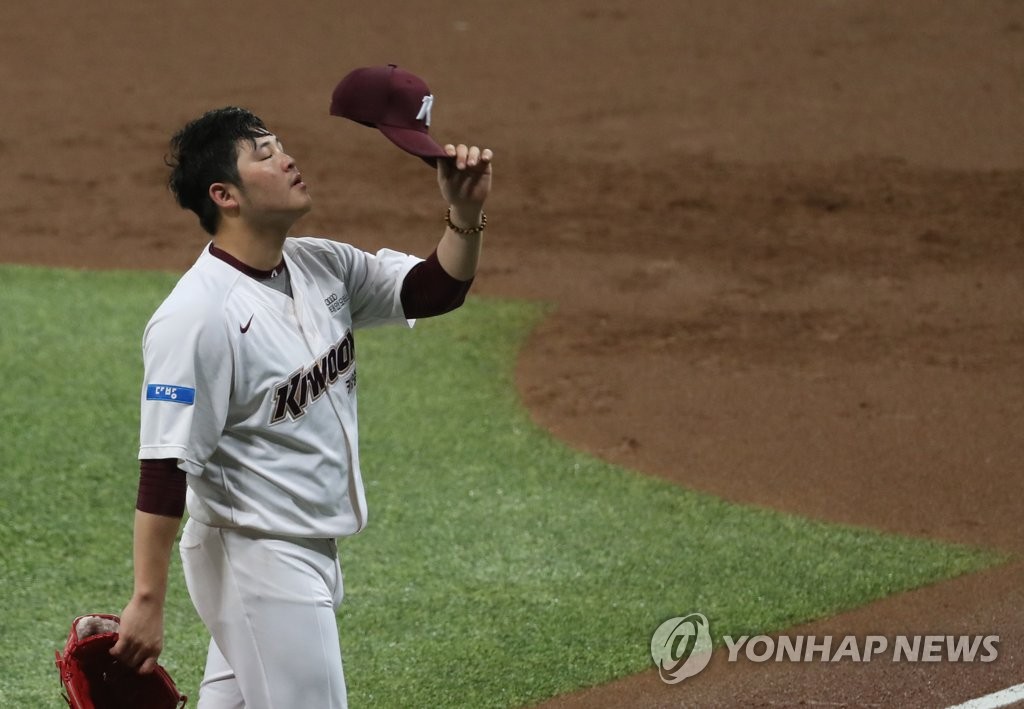