SEOUL, July 9 (Yonhap) -- Less than 24 hours after coughing up a three-run lead in relief, Samsung Lions' right-hander Jang Pill-joon was sent down to the minor league Thursday.

Was it too harsh? Maybe so, especially when considering that Jang had thrown three consecutive scoreless outings prior to the disastrous, 7-6 loss to the Kiwoom Heroes in the Korea Baseball Organization (KBO).

But manager Huh Sam-young was adamant Thursday that it was the right move. 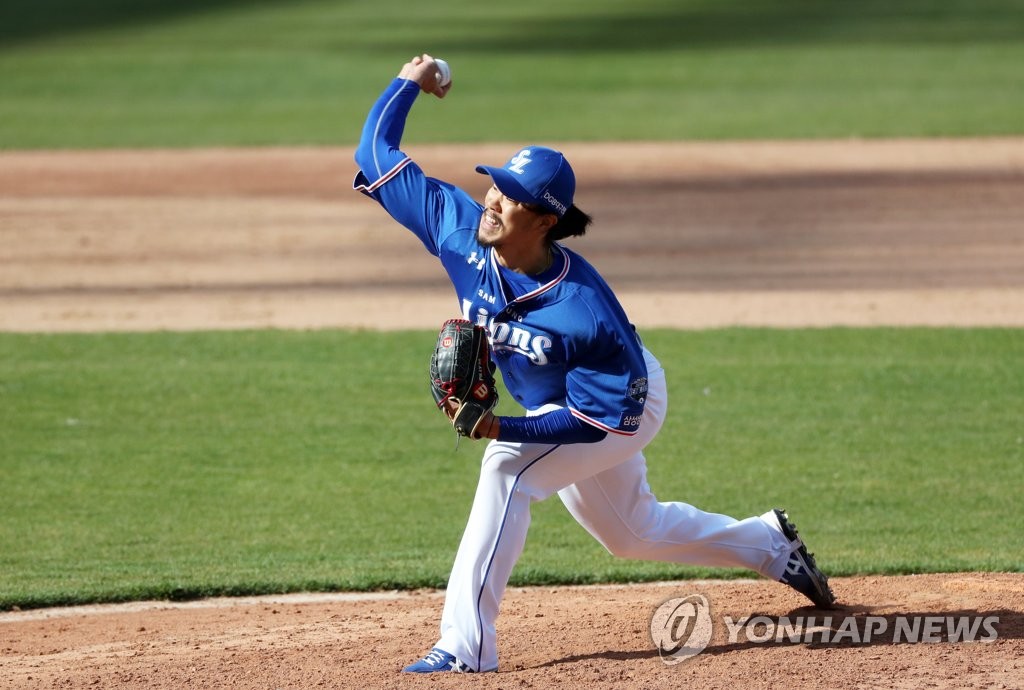 "We want to give him some time to recover and get his head together," Huh told reporters before the rubber match of the three-game set against the Heroes at Gocheok Sky Dome in Seoul. "We'd like to see him get his confidence back."

In Thursday's game, Jang served up four runs in the fateful seventh inning at the dome, with Lee Jung-hoo's go-ahead three-run home run being the devastating blow. The Lions led 6-0 earlier in the game.

"I would have liked to see more fight in him," Huh said of the former closer. "This is a guy who's given us 42 saves over the past five years. I wanted him to pitch his way out of trouble."

Huh insisted, though, he has not lost faith in Jang yet. He has an 8.31 ERA in nine relief appearances, but that number is a bit inflated because he's had two particularly ugly outings -- he was charged with four earned runs in 1/3 of an inning on May 15 -- and seven clean ones.

In another transaction Thursday, the Lions also demoted Wednesday's starter, Won Tae-in, to the minors, albeit for different reasons than Jang. Huh is trying to manage the load for the 20-year-old pitching in his second KBO season.

Won threw 101 pitches in 5 2/3 innings Wednesday, the third time he's gone over the century mark in pitch count after doing so five times in 2019.

"Even before his start last night, our plan was to give him a breather for the next 10 or so days," Huh said. "Before his last start, we had already identified signs that he was tiring. He needs to take it easy now so that he could pitch well later. This is only his second season, and he's got a long career ahead of him."

By the league rules, a player shipped to the minors must spend at least 10 days there before rejoining the parent club. 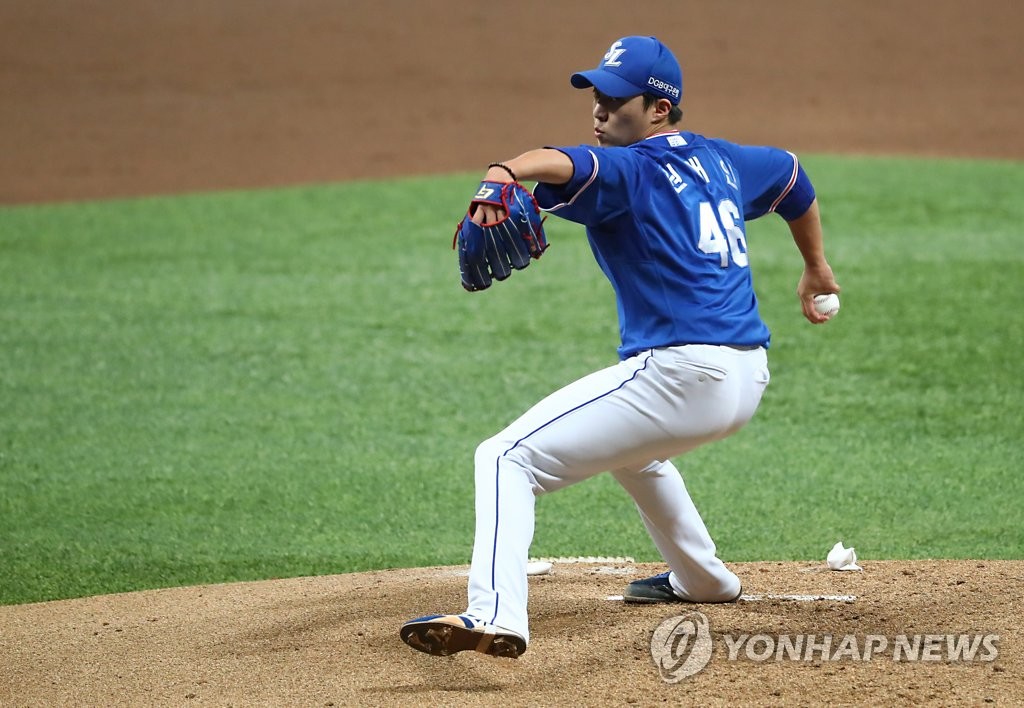