In the weekly standing committee meeting of the National Security Council (NSC), members agreed that the allies should "cooperate closely to push continuously for the Korea peace process and respond to regional and global issues," it said in a brief press release.

The session was chaired by Suh Hoon, the new top aide to President Moon Jae-in for national security. 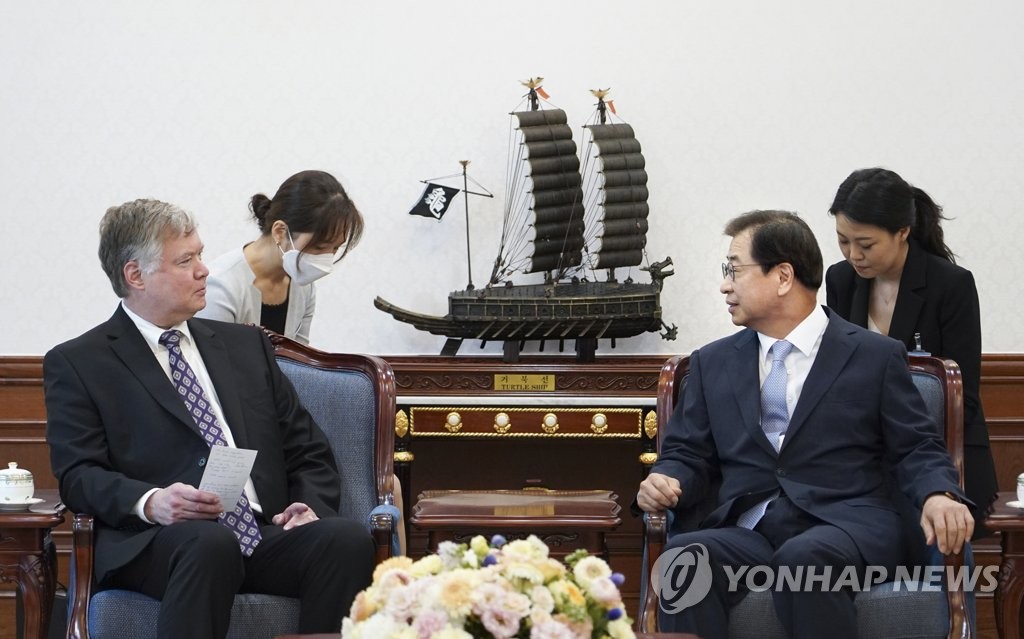 Suh, director of national security at Cheong Wa Dae, had talks with Biegun, Washington's point man on Pyongyang, earlier in the day. Suh requested that the U.S. not give up on efforts for the resumption of dialogue with the nuclear-armed communist nation.

Biegun also stressed the importance of reopening dialogue with North Korea, according to Cheong Wa Dae.

He then headed to Japan after a three-day stay in Seoul. There was no report of his contact with North Korean officials during his first visit to Korea in seven months.

The NSC officials, meanwhile, also checked major pending issues related to Seoul-Tokyo relations and had discussions on the next steps, Cheong Wa Dae said without elaborating.