SEOUL, July 9 (Yonhap) -- The Kiwoom Heroes staged their second come-from-behind victory over the Samsung Lions on Thursday, prevailing 4-2 in the rubber match of their three-game midweek series at home.

The Heroes took care of business with a three-run fifth at Gocheok Sky Dome in Seoul, as they improved to 35-22 for the season to stay in second place. The Lions fell to 30-27 and dropped to sixth place.

Kiwoom starter Eric Jokisch is now 8-2 after scattering eight hits -- tied for his season high -- across seven innings and allowing two earned runs. He has now thrown 11 consecutive quality starts (at least six innings pitched with fewer than three earned runs allowed), though his leading-best ERA rose slightly from 1.30 to 1.41. Jokisch struck out five and didn't walk any.

"It was a good win for the team," Jokisch said afterward. "It was important to go deep into the game, and for us to come out and win two of those (three games against Samsung) was big."

Jokisch had a shaky first inning. With one out, the Lions got two straight singles off the left-hander, and two batters later, Lee Hak-ju knocked in the game's first run with a single to center. 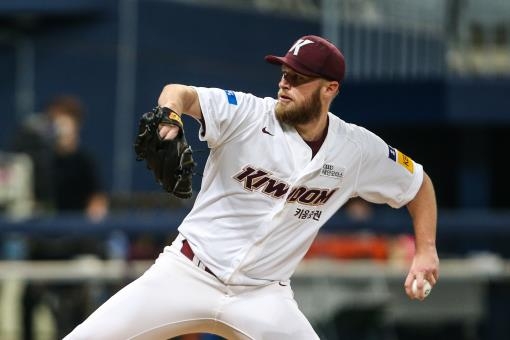 The Heroes had a chance to respond in the bottom first, as Seo Geon-chang led off with a standup triple. But Kim Ha-seong lined out softly to second, and Seo was tagged out at home plate on Lee Jung-hoo's grounder to first.

The Heroes tied it up in the bottom second by taking advantage of some wildness from Samsung starter Baek Jung-hyun.

Baek issued three walks in the inning to load the bases and then threw a wild pitch with Seo at the plate to let in a tying run.

Later in the at-bat, Seo appeared to beat the throw from shortstop Lee Hak-ju for an RBI infield single, but the initial safe call was overturned after a video review, keeping the score tied at 1-1.

Another baserunning blunder cost the Heroes a potential rally in the third. Kim Ha-seong led off that inning with a blooper to shallow right, with three Samsung defenders converging and none making the catch. Kim tried to stretch it into a double but was thrown out at second, with the heart of the order coming up. 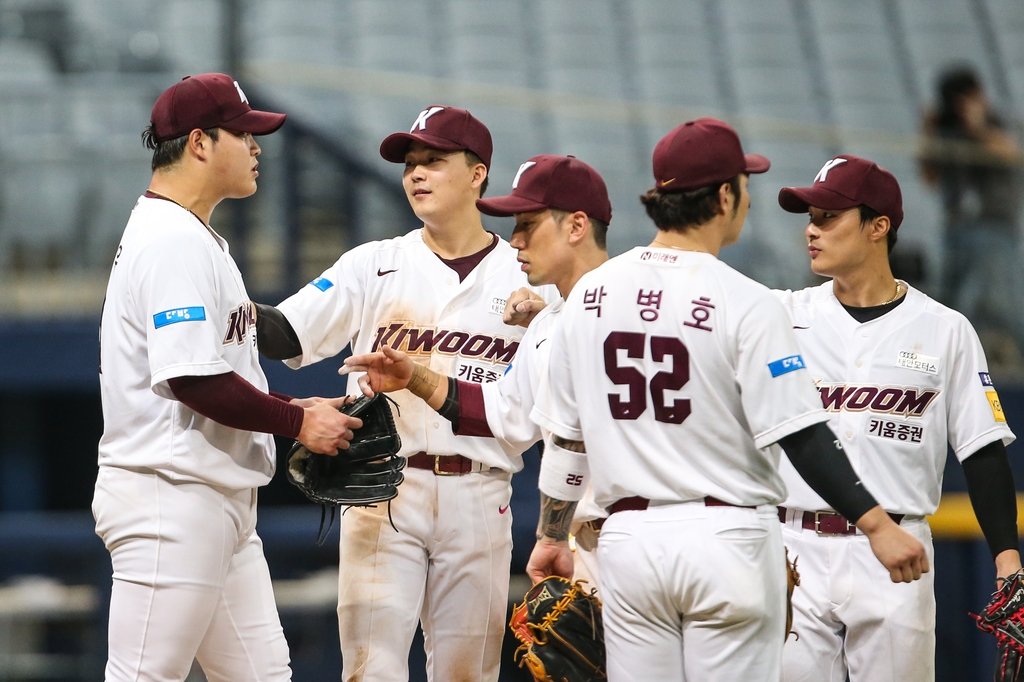 The Lions broke the tie with Kim Sang-su's RBI double in the fifth, but the Heroes' big bats soon took over.

After a double and a single put men at the corners, Seo drove in the tying run with a sacrifice fly. After the second out of the inning, Lee Jung-hoo's triple off the right field fence put the Heroes ahead 3-2. Cleanup Park Byung-ho followed that up with a single to left that scored Lee for a 4-2 lead.

Fireballers An Woo-jin and Cho Sang-woo slammed the door shut on the Lions with a scoreless inning apiece in relief, with Cho collecting his 14th save to pull into a tie for the league lead with Won Jong-hyan of the NC Dinos. 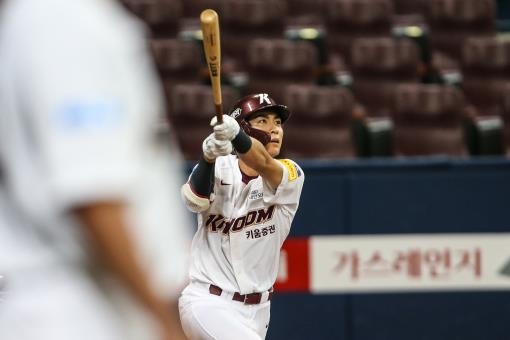