SEOUL, July 9 (Yonhap) -- Kiwoom Heroes' left-handed ace Eric Jokisch is a team-first guy. After victories, he often speaks about "we" and "us," hardly "I" or "me."

But the selfless one still keeps tabs on his numbers and on how other starters are doing in the Korea Baseball Organization (KBO). 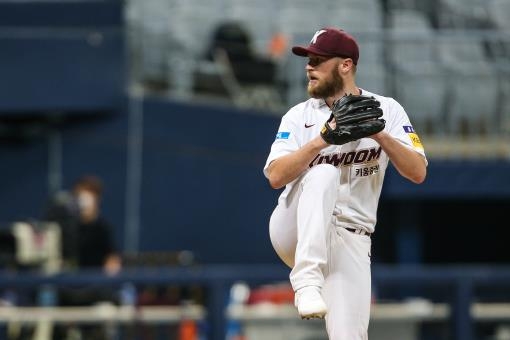 Jokisch held the Samsung Lions to two earned runs in seven innings, helping the Heroes to a 4-2 win at Gocheok Sky Dome in Seoul. His league-best ERA went up from 1.30 to 1.41, with Koo Chang-mo of the NC Dinos right behind him at 1.48. Jokisch also pulled into a tie with Koo for the KBO lead in wins with eight.

"I know where the numbers are, and I know how Koo's been throwing," Jokisch said with a smile after the game while also mentioning Aaron Brooks of the Kia Tigers and Dan Straily of the Lotte Giants as other top starters.

"It's fun to see what they do and then try to do a little better," Jokisch continued. "But overall, the goal is to win the game and to put as many good starts together as you can. Nobody is going to remember what it was in July. It's about what happens at the end of the year."

Jokisch has the sole possession of the lead in quality starts (at least six innings pitched with no more than three earned runs allowed) with 11, and those 11 have all come in a row.

And yes, he knew he was working on that streak.

"To go 11 straight quality starts, it just shows consistency and that's really important to me," Jokisch said. "It's cool to have that and hopefully we can keep it going."

In the first inning Thursday, it didn't look as though Jokisch would have the quality start. The Lions touched him for three singles, the last of which was an RBI hit by Lee Hak-ju. 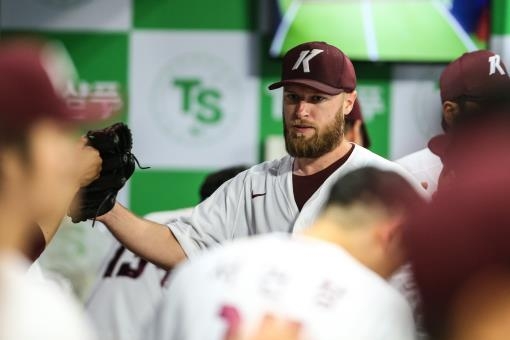 That was the first earned run against Jokisch since June 21, three starts ago.

"I felt like Samsung had a really good approach," he said. "But it's my job to minimize the damage. You can get into trouble when you give up two, three, four runs in an inning. If you can hold it to one in innings where things go wrong, it keeps your team right there in it. That's always the goal."