(ATTN: UPDATES throughout with more remarks by Pompeo, background)
By Lee Haye-ah

WASHINGTON, July 9 (Yonhap) -- The United States continues to work to engage North Korea in dialogue and is "very hopeful" about maintaining talks with the regime, U.S. Secretary of State Mike Pompeo said Thursday.

Pompeo made the remark shortly after his deputy and top U.S. envoy for North Korea, Stephen Biegun, departed Seoul following meetings with South Korean officials on the nuclear impasse with the North.

"We continue to work to establish dialogue and have substantive conversations about how we might deliver this really good outcome, this outcome of delivering peace and stability to the entire peninsula," Pompeo said in a teleconference with reporters in response to a question posed by Yonhap News Agency.

"We're very hopeful that we can continue to have this conversation, whether that's at levels beneath the summit, or if it's appropriate -- there is a useful activity to take place to have senior leaders get back together as well," he added. "As for who and how and timing, I just don't want to talk about that today." 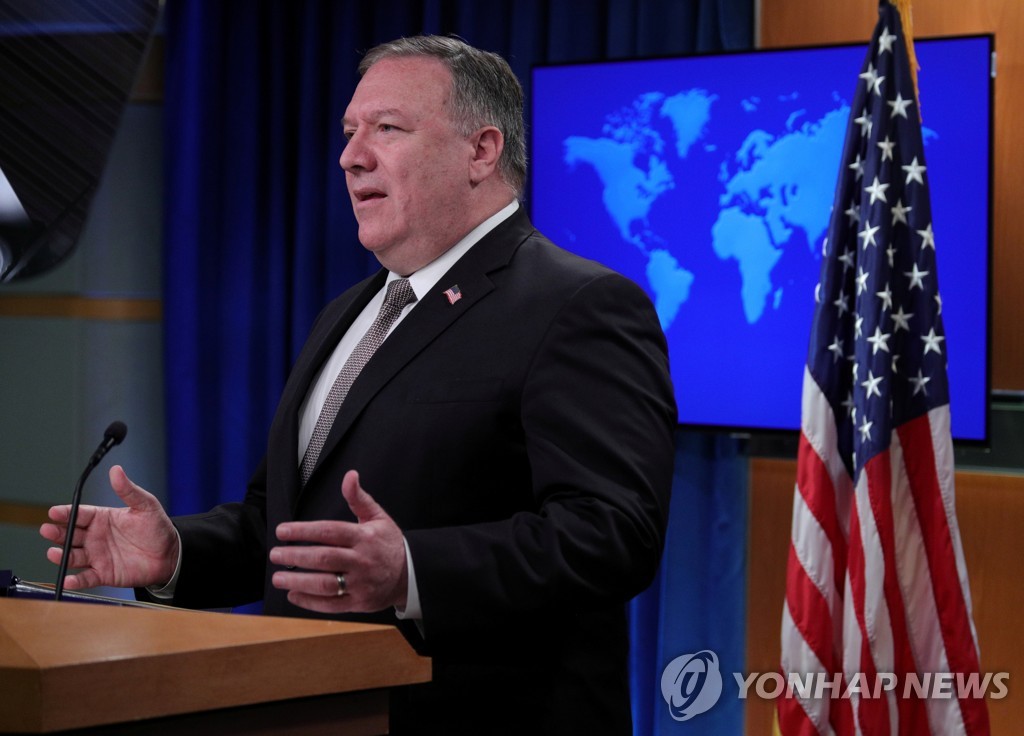 Nuclear talks between Washington and Pyongyang have stalled due to differences over the scope of North Korea's denuclearization and sanctions relief from the U.S.

U.S. President Donald Trump and North Korean leader Kim Jong-un met two more times after they agreed at their first summit in Singapore in June 2018 to work toward complete denuclearization of the Korean Peninsula in exchange for U.S. security guarantees.

Trump said in a recent media interview that he would meet again with Kim if doing so would be "helpful."

The North Koreans have at least publicly spurned the idea of resuming talks with the U.S.

"I don't want to comment on the ongoing conversations that we are having with our counterparty, but I think it's worth noting with respect to North Korea, the Trump administration has taken an approach of engagement to have serious conversations about the strategic threat that North Korea presents to not only its near neighbors, like South Korea and China, but more broadly than that, certainly throughout the region," Pompeo said.

"So we took seriously this obligation to reduce proliferation and to try and convince the North Koreans to make a fundamental shift that says that those weapons systems actually create risk for it, rather than creating the security blanket that they have historically believed that it did," he added.