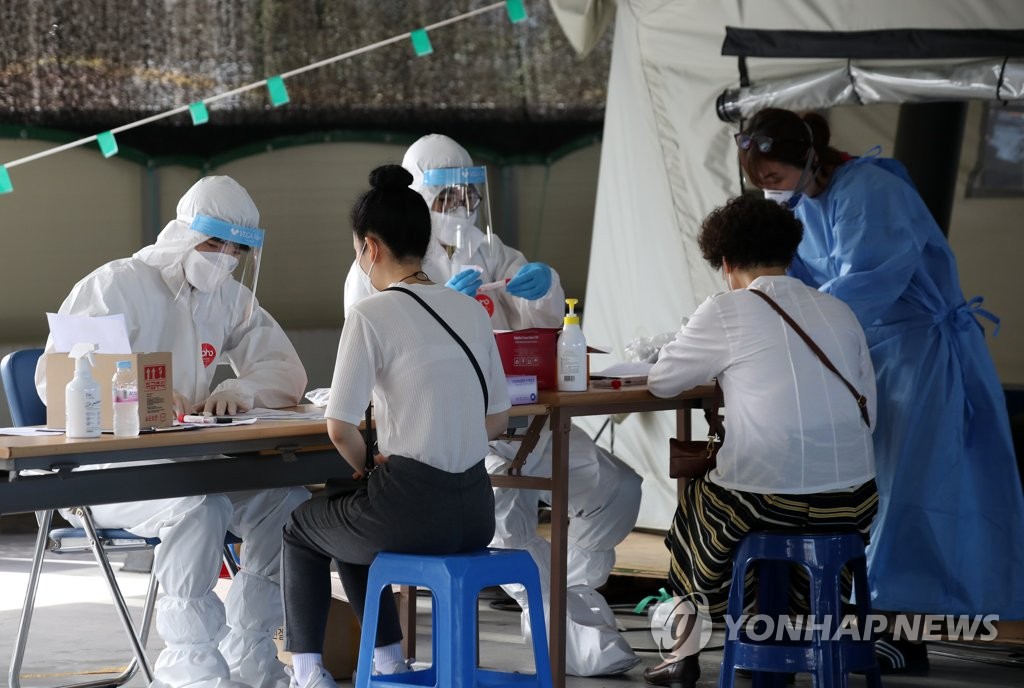 A total of 121 cases linked to a door-to-door business in the city were reported as of Friday, up four from a day earlier. Another cluster infection from a cram school in the city were also included in the updated figure. 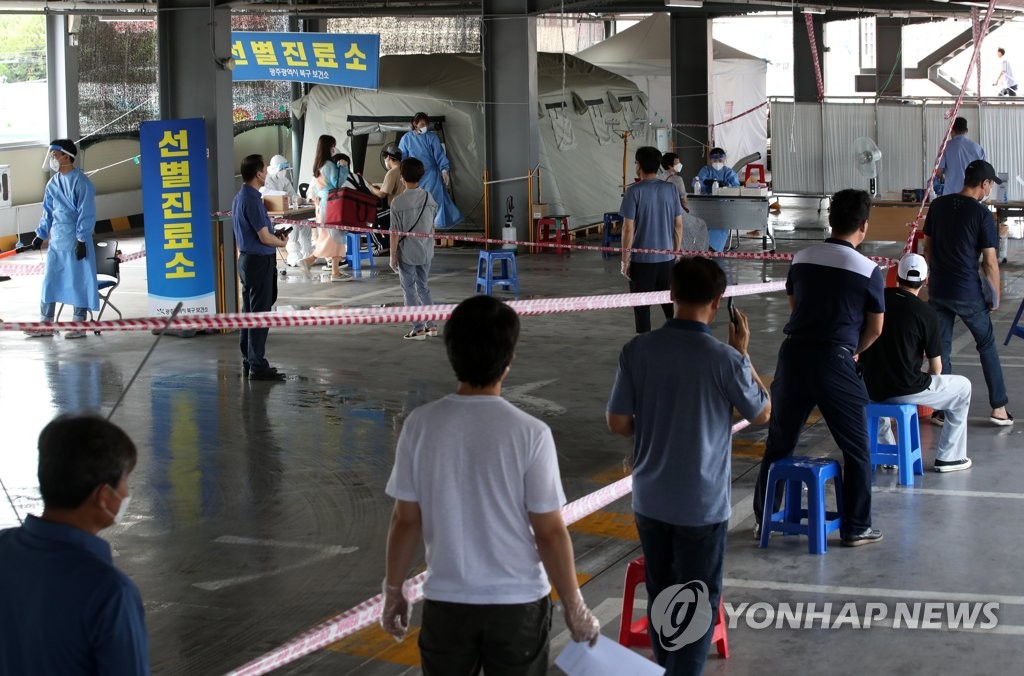 Cases tied to door-to-door businesses in the greater Seoul area reached 35, up one from the previous day.

A building located in the Gwanghwamun area of central Seoul reported six patients, up five from Thursday. Health authorities are currently making efforts to track down people who have contacted those patients.

"In South Korea, the number of infections in the greater Seoul area has slightly fell, but we are also experiencing upticks in Daejeon and Gwangju through door-to-door sales businesses and other crowded facilities," KCDC Director Jeong Eun-kyeong said. 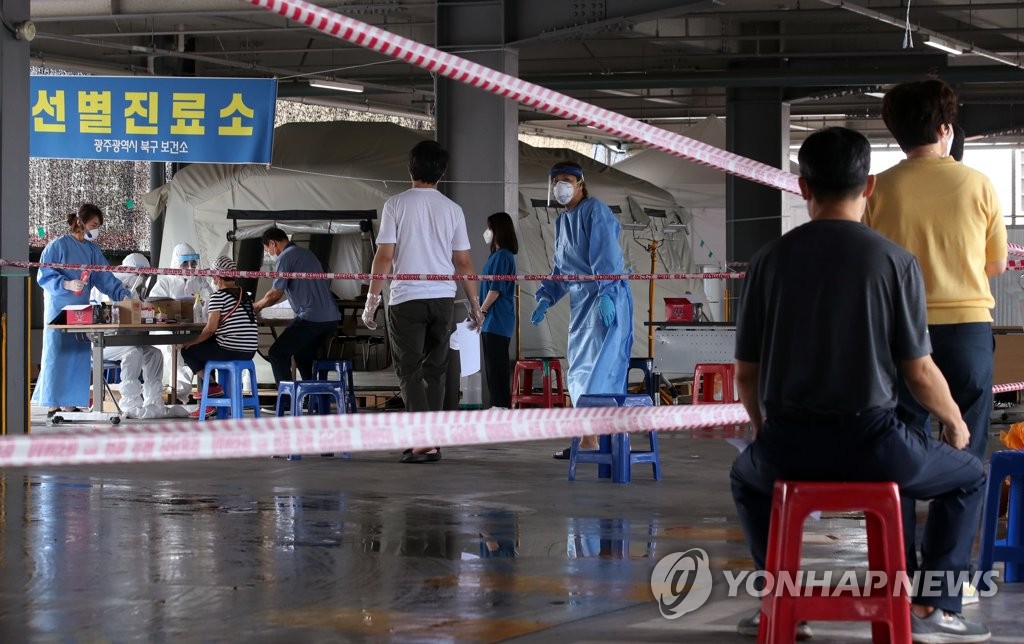 The accumulated number of imported cases reached 1,791, accounting for roughly 13 percent of all COVID-19 infections here. South Korean nationals accounted for 72.6 percent of the imported cases.

Over the past two weeks, around 9 percent of the newly reported patients had unknown infection routes.