SEOUL, July 10 (Yonhap) -- Most young pitchers who begin their professional careers in the bullpen say their ultimate goal is to be a starter. It's surely a far more glamorous job, as starters receive all the spotlight and glory while middle relievers and the oft-dirty work they do are largely forgotten.

But An Woo-jin of the Kiwoom Heroes is not most young pitchers, not in the career path he wants to chart, and not in his ability to get hitters out. 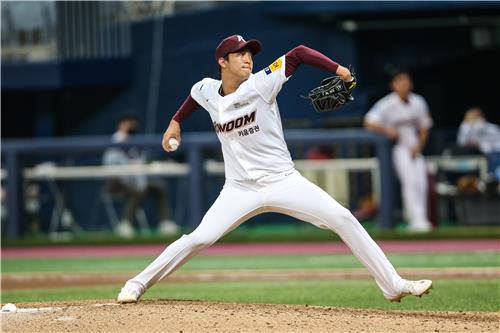 The hard-throwing 20-year-old missed the first month and a half of this season with back and shoulder problems. And after making 15 starts in 2019 as a sophomore, An rejoined the Heroes as a setup man, as the Korea Baseball Organization (KBO) club looked to ease him back into the rhythm.

An has thrown seven consecutive scoreless outings, each appearance lasting exactly one inning. He has struck out seven, while giving up three hits and three walks.

Before the Heroes hosted the Samsung Lions at Gocheok Sky Dome in Seoul Thursday, An said he'd be content to stay in the bullpen for the rest of this season.

"It'd be nice to get back into the rotation in the future, but I know how difficult being a starter is," An said. "As a starter, you could run into trouble right from the first inning and you may have to pitch out of jams multiple times within a game. When you're a setup guy, you just have to pitch that one inning."

Take a look at An's numbers as a starter last year, and it's easy to see why he found the job so difficult. He was 6-5 with a 5.15 ERA, clearly not eye-popping numbers by any means, especially so in a season defined by strong pitching numbers across the board. 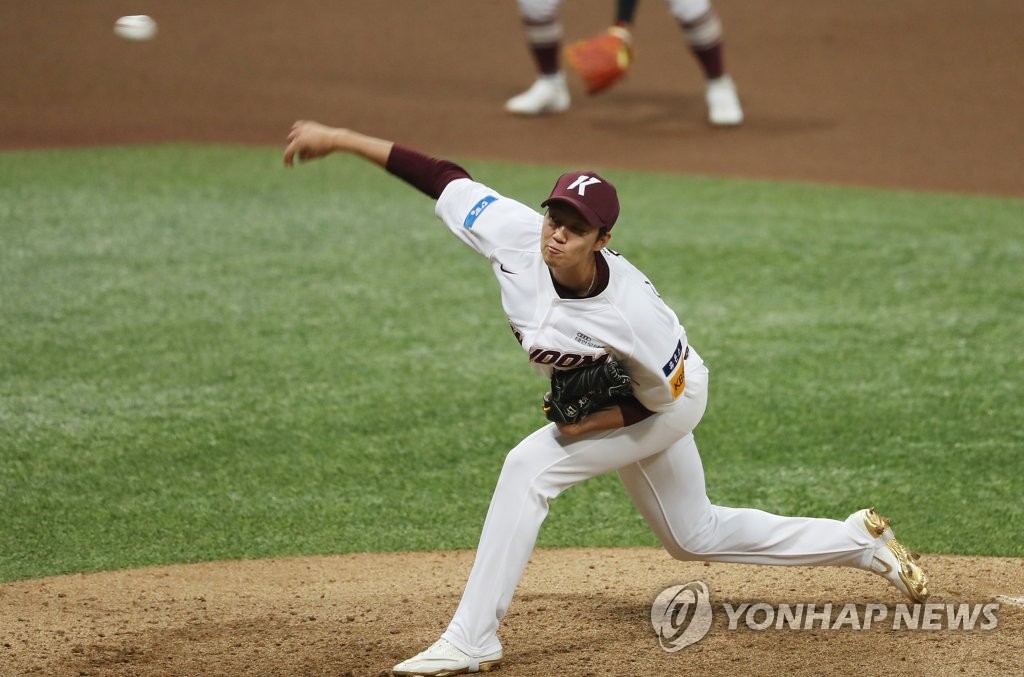 This season, An said he's enjoying pitching in such a clearly defined role as a one-inning setup man for the closer Cho Sang-woo, another fireballer who's averaging just under 150 kph with his fastballs and who can reach mid-150s with shocking ease. An and Cho give the Heroes the hardest-throwing setup-closer tandem in the KBO this season.

"My mindset is I am going out there to pitch one inning," An said. "That helps with my focus, and I can give everything I have in that one frame. And I try to pitch with confidence because you need every bit of confidence just to get these hitters out."

An said Cho, who is in his third season as the closer after spending previous years in the setup role, has been a key mentor in the bullpen.

"He's given me some great advice on how I should approach my one inning of work," An said. "He said I don't necessarily have to mix in breaking balls and I can just pound the zone with my fastball. He told me I should rely on my stuff."

And that stuff can be electric. In Thursday's game, An touched 155 kph with his fastball and threw his slider in the 140-145 kph range.

A starting assignment may not be in An's immediate future, but he's taking his current role as a valuable learning experience, one inning at a time.

"I am watching games closely to pick up different things," An said. "That way, I'll be able to pitch well in starts if I get an opportunity." 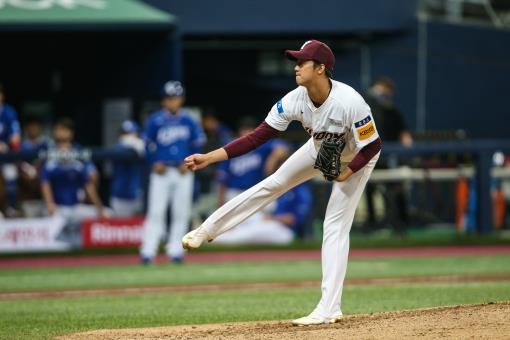 Young fireballer content to pitch in relief, for now

Young fireballer content to pitch in relief, for now