Foreigners net purchased US$2.48 billion worth of local securities in the month, marking a turnaround from a net selling of $1.17 billion in May, according to the data from the Bank of Korea (BOK).

They offloaded a net $440 million worth of local stocks in June, extending their selling streak to a fifth consecutive month. 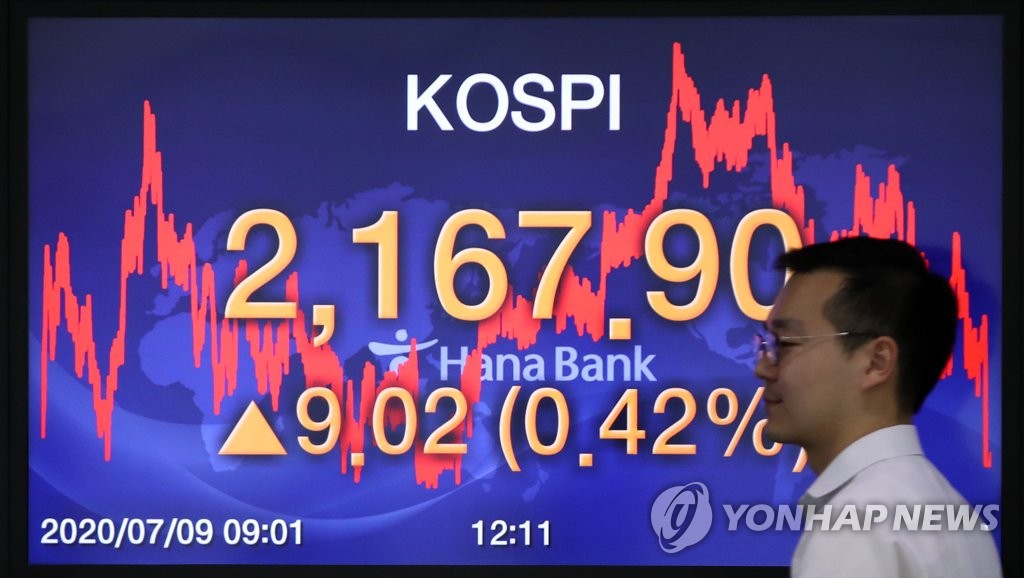 Their sell-offs accelerated after the volatility in the foreign exchange market expanded due to the COVID-19 pandemic.

At end-June, the Korean won changed hands with the greenback at 1,203 won per dollar, up 2.8 percent from a month earlier, according to the BOK.

Despite lessening their stock holdings, foreigners continued to scoop up local bonds for a sixth consecutive month in June.

They net purchased $2.92 billion worth of local bonds.

The BOK has projected the local economy to shrink 0.2 percent on-year in 2020 due to the pandemic that is sharply eating into global demand.

Many, however, expect Asia's fourth-largest economy to outperform most of its global peers.

The Organization for Economic Cooperation and Development forecast the South Korean economy to contract 1.2 percent this year but the global economy to do so at a much faster rate of 6 percent.