The mobile carrier will provide VR content, such as lectures by eight directors featured during the festival, and 21 VR movies on its app for a remote festival experience. 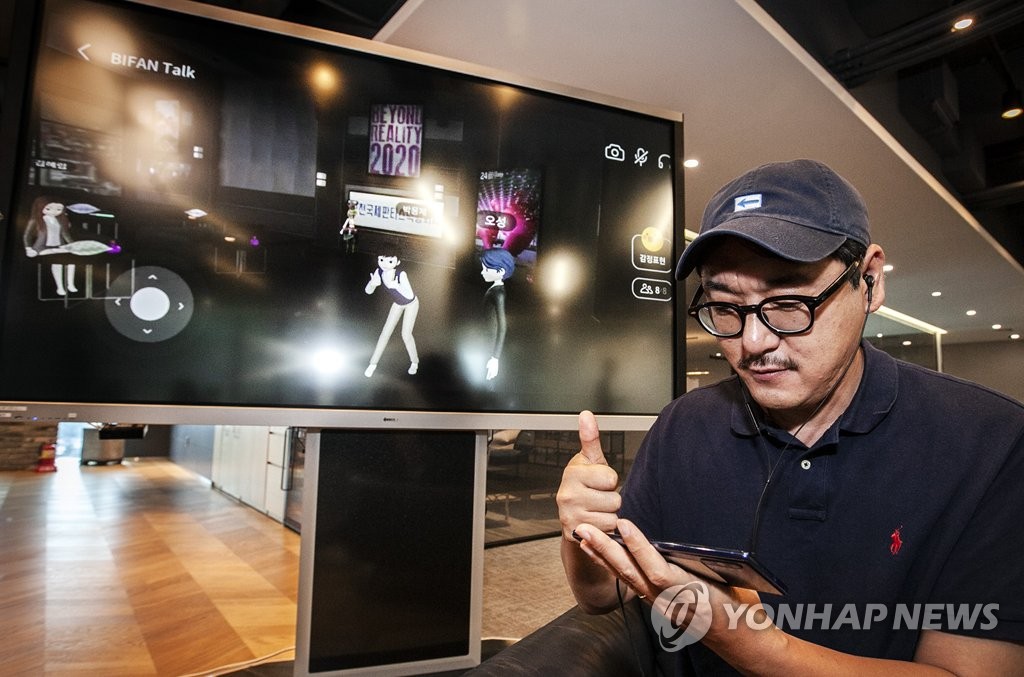 KT Corp, the country's No. 2 mobile carrier, is also enhancing its VR services in collaboration with more startups on its VR content store, KT Super VR, that was launched in July last year.

As of last year, 100 startups partnered with the carrier to provide contents, such as games, sports and real estate tours, according to KT.

The company aims to increase the number of partnerships to more than 150 by the end of this year.

"The platform has benefited from the pandemic," a KT official said. "For example, our VR real estate service released last year drew much attention as it became difficult for people to go outdoors."

LG Uplus Corp. partnered with the Westin Chosun Hotel in Seoul to provide VR content for vacationers that opt to stay at hotels as travel remains limited amid social distancing measures.

The carrier said Westin Chosun visitors can sign up for the VR service, which provides 15 games and 1,300 videos, including 3D films and concerts, until late August.

LG Uplus announced last month that since last October it has exported US$10 million worth of VR and augmented reality (AR) contents that incorporate its 5G technology. 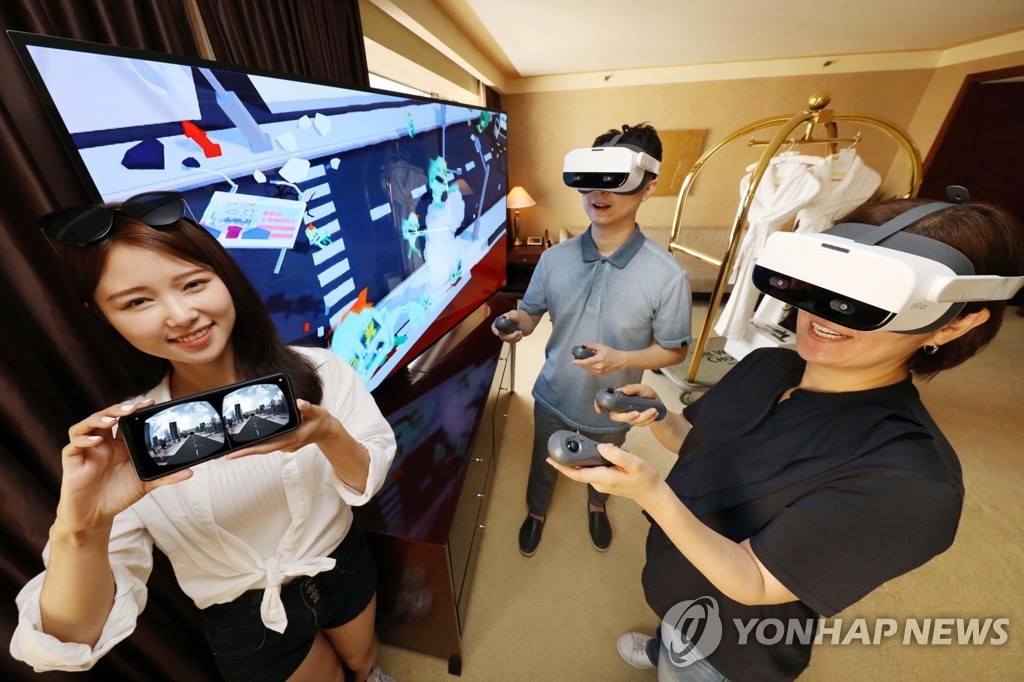 The mobile carriers' push to increase VR content comes as more South Koreans opted to limit their outdoor activities amid the pandemic. According to the Korea Communications Commission, South Koreans spent more than 25 hours on average watching video on their smartphones in May, up 35 percent from a year earlier.

South Korea's VR and AR market is expected to be worth around 5.7 trillion won ($4.7 billion) this year, compared with 1.4 trillion won in 2016, according to the Korea VR AR Industry Association.