The three-term mayor apparently took his own life the previous day amid reports that one of his former female assistants had filed a complaint with police against him, claiming she had suffered sexual harassment.

Park was found dead shortly after midnight on Mount Bugak near his official residence and Cheong Wa Dae in the capital city. His body was immediately transferred to the Seoul National University hospital, where a mourning station has been established.

Noh Young-min, presidential chief of staff, and Kang Gi-jung, senior presidential secretary for political affairs, are scheduled to visit there later in the day, according to the official who spoke on the condition of anonymity. 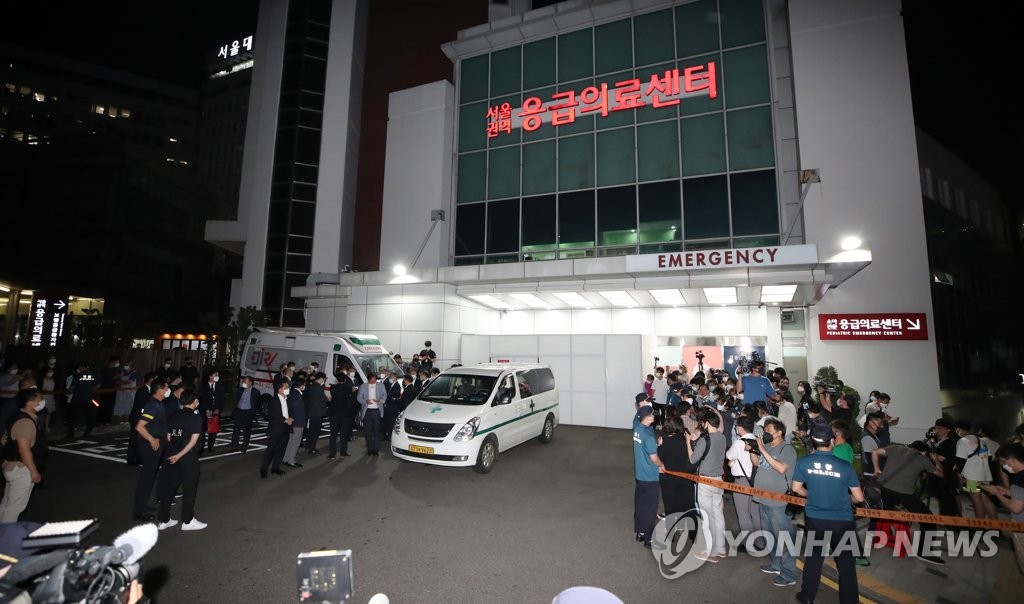