It became the group's seventh music video to hit the landmark number of views on the global video-streaming site, following "DNA," "Boy With Luv,", "Fake Love," and "Fire" and two other songs.

Since its release in October 2016, "Blood Sweat & Tears" has garnered wide popularity, for its depiction of youths' conflict and growth over a Moombahton rhythm and trap beat. The album "Wings" ranked 26th on the main Billboard albums chart, Billboard 200, at that time, which was the highest ranking ever for a South Korean act on the chart. 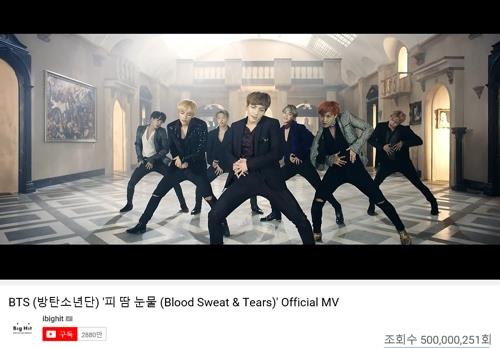