Violence is escalating in Kabul amid efforts to start a U.S-backed peace deal between the Afghan government and the Taliban after nearly two decades of war, after the U.S. withdrawal of forces under a February deal it signed with the Taliban.

The virtual meeting, which took place late Thursday, focused on assessing the international efforts toward stability in and the development of Afghanistan and challenges to overcome in order to further advance the peace process for Kabul.

Notably, they called for the Taliban to stop the violence and engage in the peace talks.

Lee Young-chae, Seoul's special representative for Afghanistan and Pakistan, stressed the need for a swift peace deal to be reached so as to help Afghanistan establish an inclusive and responsible political governance and build a society that respects universal values.

Among those who also attended the meeting were Afghan President Ashraf Ghani; Abdullah Abdullah, head of Afghanistan's High Council for National Reconciliation, and other representatives from 11 countries and four international organizations, the ministry said. 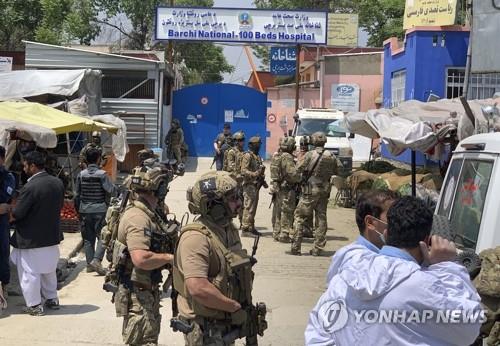