SEOUL, July 11 (Yonhap) -- Every time Jose Miguel Fernandez reaches with a hit for the Doosan Bears, you will see him make a chopping motion with his right hand.

It's not just random celebration of big moments for the player in the Korea Baseball Organization (KBO). With each hit, Fernandez is paying homage to his old teammates from a championship-winning club. 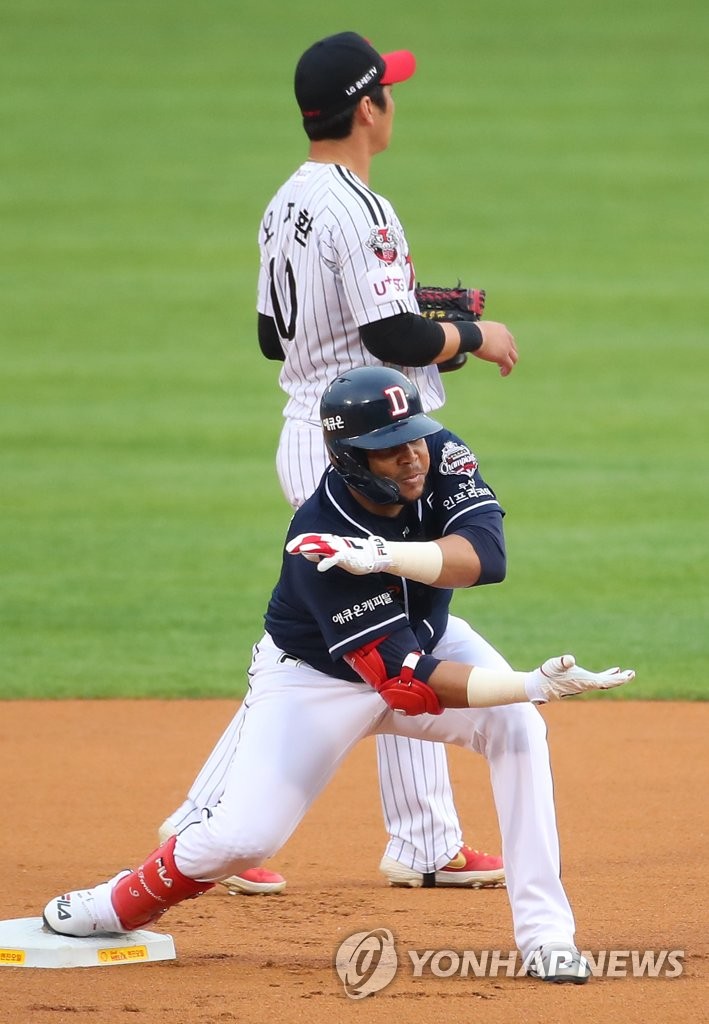 Tatis Jr., who also celebrates big plays with the same gesture, has told San Diego media it's the "sugarcane chop," an ode to sugarcane workers in the Dominican Republic. In a recent postgame interview in Seoul, Fernandez, motioning to his interpreter, explained it was sort of a slashing motion.

Either way, it started during that Winter League season and Fernandez is keeping that tradition alive on the other side of the world.

"We won the title that season and I wanted to bring some championship vibe here this year," Fernandez said. The Bears won the Korean Series last year during Fernandez's first KBO season but the Cuban designated hitter didn't do his chopping celebration in 2019.

In addition, he said he wanted to make his old Estrellas mates proud while playing in the KBO during the pandemic.

"Korea is one of the first countries to start playing baseball this year, and I wanted to represent Estrellas the best I can from here," Fernandez said. 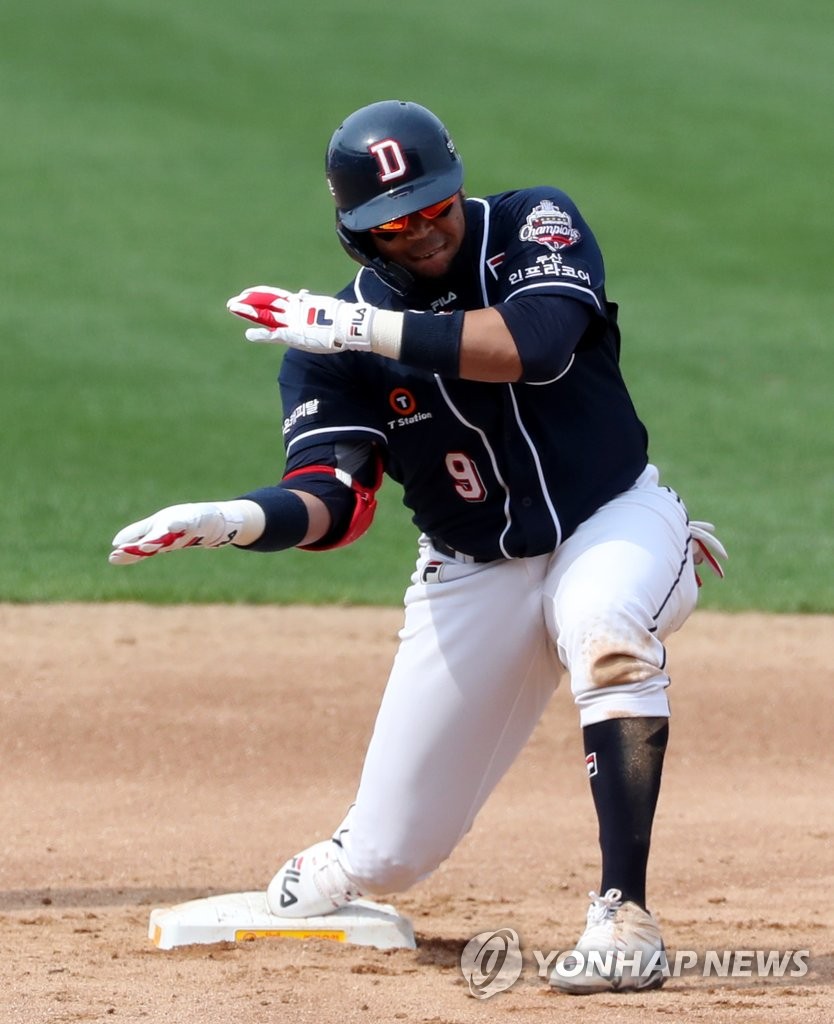