SEOUL, July 10 (Yonhap) -- Defense Minister Jeong Kyeong-doo instructed officials Friday to make greater efforts to protect victims of human rights abuses in the military to help them speak out about their suffering without fear.

Jeong made the remark while presiding over a human rights meeting, stressing that all service members should have a sense of awareness to protect human rights whether they are on or off duty, the ministry said in a statement.

He also said that human rights protection must be balanced with the establishment of military discipline.

"We should put in efforts to create a culture where victims of human rights violation incidents can report the cases without fear," Jeong said during the meeting, according to the ministry.

The military has been carrying out a series of measures to reform its human rights protection system.

In January, the ministry's Criminal Investigation Command launched a separate sexual abuse and human rights violation investigation team and designated a female chief investigator for the first time in the military's history. 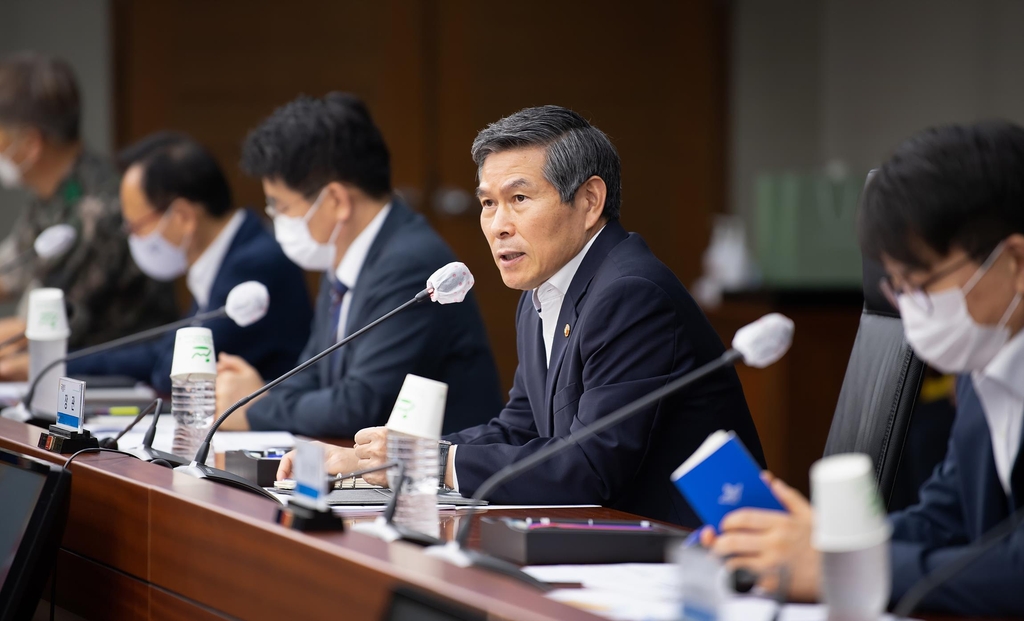