(ATTN: UPDATES with details of memorial to Park in central Seoul in paras 5-7) 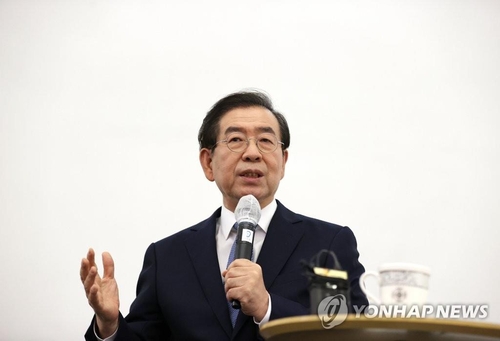 On Saturday, South Koreans lined up near a memorial altar set up in front of City Hall in central Seoul to pay their respects to Park. One noteworthy participant was Hyundai Motor Group Executive Vice Chairman Chung Euisun.

South Korea is divided over Park's death after his female former secretary filed a criminal complaint to the police earlier this week accusing Park of making unwanted "physical contact" and sending "inappropriate" messages.

Others, like Ahn Cheol-soo, head of the minor People's Party, who played a key role in Park's election victory in 2011, did not show up at either the memorial altar or the funeral home at Seoul National University hospital.