Of the nine, seven arrived at Osan Air Base in Pyeongtaek, south of Seoul, on two U.S. government chartered flights, while the others arrived here on commercial flights, it said.

All nine individuals tested positive in their first mandatory COVID-19 test prior to entering quarantine, and they have been moved to isolation facilities at the U.S. bases in South Korea for confirmed patients.

The latest COVID-19 cases brought the total number of infections among the USFK population to 63.

Amid an increase in the number of new virus cases among its population, USFK has conducted some 900 random tests since late May and has found no additional positive case, it said.

The number of active duty USFK service members who are currently confirmed positive for the virus stands at 21. 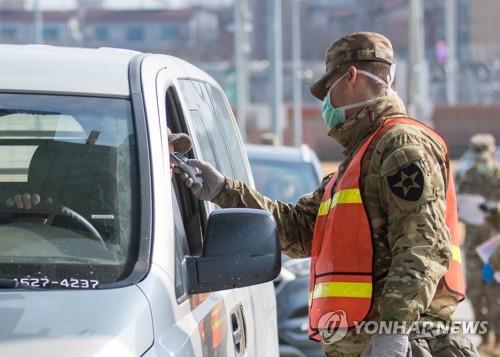