During the conversation with Rajnath Singh, Defense Minister Jeong Kyeong-doo explained South Korea's response to COVID-19, and how the military contributed to the government's efforts to stem the spread of the novel virus.

Singh praised South Korea's virus response as one of the most successful in the globe, according to the ministry.

Jeong also expressed gratitude to India for dispatching the largest medical staff during the 1950-53 Korean War, vowing never to forget their sacrifice and commitment. This year marks the 70th anniversary of the outbreak of the conflict.

The Indian minister said his country is proud to have taken part in the war to protect democracy and freedom, and thanked South Korea for sending faces masks for Indian veterans.

"The two ministers agreed nontraditional security threats, such as epidemics and cyber threats, are a joint task that cannot be resolved by a single country's efforts ... and vowed to strengthen their cooperation," the ministry said in a release. 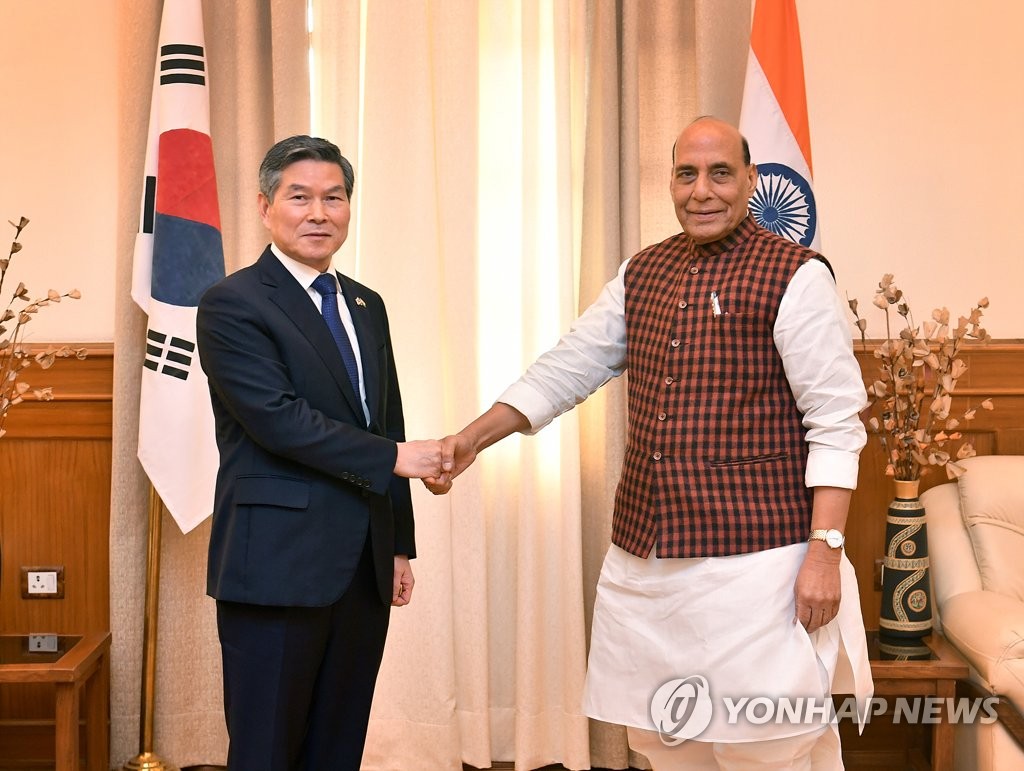