SEOUL, July 10 (Yonhap) -- The top diplomats of South Korea and the United Arab Emirates (UAE) held talks in Seoul on Friday to discuss measures to enhance cooperation between the two countries in fighting the new coronavirus and various other fields.

The meeting is Kang's first in-person talks with a foreign counterpart since the outbreak of COVID-19.

The two ministers agreed that their countries are cooperating well in overcoming the pandemic based on the trust built upon their special strategic relationship.

Kang said that being the first country to each other to hold in-person talks demonstrates the close relations between the two countries and that it has been "an exemplar of solidarity and cooperation between two states," according to her office. 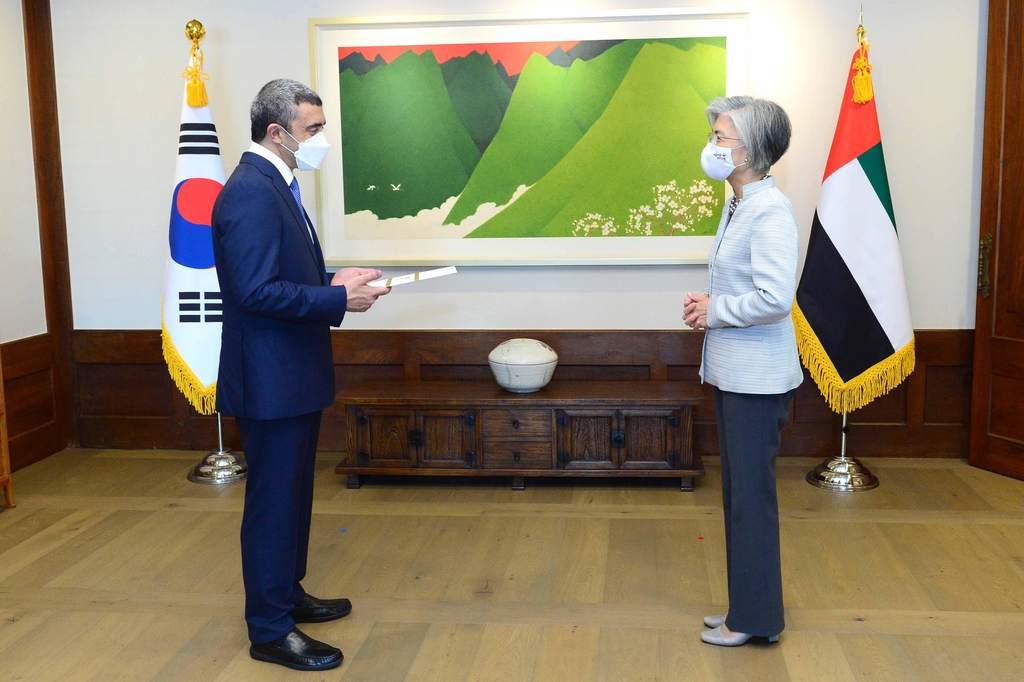 In light of the post-pandemic cooperation, the two sides agreed to work closely together in such fields as health, food security, and science and technology going forward.

Abdullah also expressed hopes for Seoul's continued support for his country's successful hosting of the Expo 2020 Dubai, which has been delayed to October next year due to the coronavirus.

In the talks, they also agreed on detailed procedures for a "fast-track" entry system to allow essential travel, mainly business trips, in exception to current entry restrictions being imposed for foreign arrivals, Kang's office said.

The two countries had agreed on the program when Deputy Foreign Minister Kim Gunn visited the UAE last month.

In Friday's meeting, the UAE's minister also delivered to Kang a letter from Crown Prince Mohammed to President Moon Jae-in on the occasion of the 40th anniversary of the countries' diplomatic relations.