SEOUL, July 12 (Yonhap) -- Nearly half of South Koreans viewed air pollution as the most pressing environmental concern last year, a government survey showed Sunday, amid a worsening level of fine dust in the country.

According to a survey conducted by the state-run Korea Environment Institute on 3,008 people around the country, 46.5 percent of respondents said "improving air quality" against such pollutants as fine dust and ozone was the most urgent environmental problem that needs to be solved.

Nearly 22 percent cited havoc from climate change, such as heat waves, cold waves, heavy snowfall and torrential downpours as the most pressing concern, followed by 8.8 percent who answered waste pollution should be addressed first.

The combined share of people who singled out improving air quality and responding to climate change as the most pressing environmental issues marked a significant increase from 46.1 percent in the annual survey conducted a year ago.

The increase reflects the consensus among the public on the need to address those problems, the state think tank said. 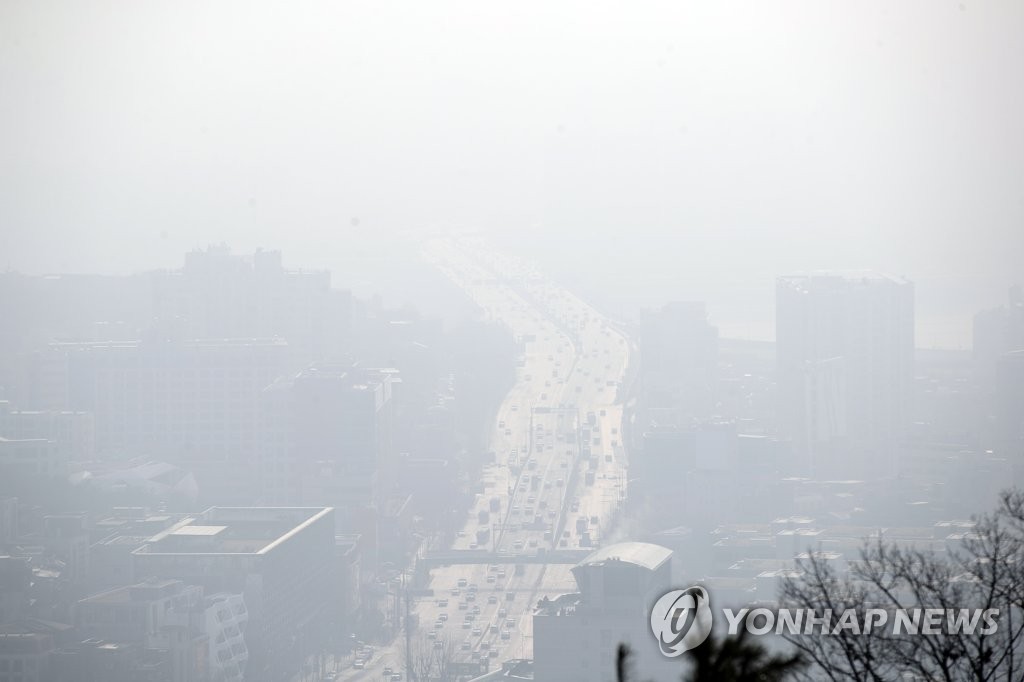