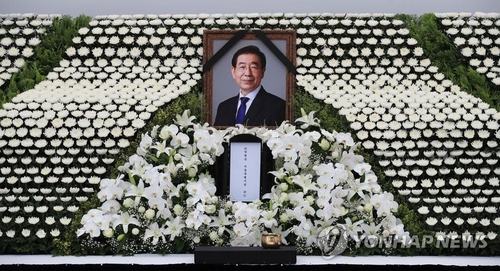 Who is Seoul Mayor Park Won-soon, a presidential hopeful, and why did he take his own life?

Meanwhile, a group of 227 citizens in Seoul filed a petition with the Seoul Administrative Court to prevent the city government from holding the five-day official funeral.

The court dismissed the petition on Sunday evening, meaning that the funeral will go ahead as planned.