SEOUL, July 12 (Yonhap) -- The delinquency rate for South Korean banks' loans inched down in June from a month earlier, but the fall was mainly attributed to a sharp rise in lending amid the new coronavirus outbreak, industry data showed Sunday.

The rate for bank loans more than 30 days overdue against total lending by five major banks preliminarily stood at 0.21-0.33 percent as of end-June, down from 0.25-0.4 percent the month earlier, according to industry data.

But industry watchers cautioned against reading too much into the data as the fall was mainly attributed to the lenders' expansion of loans to households and companies amid the COVID-19 pandemic, not to a decline in overdue loans. 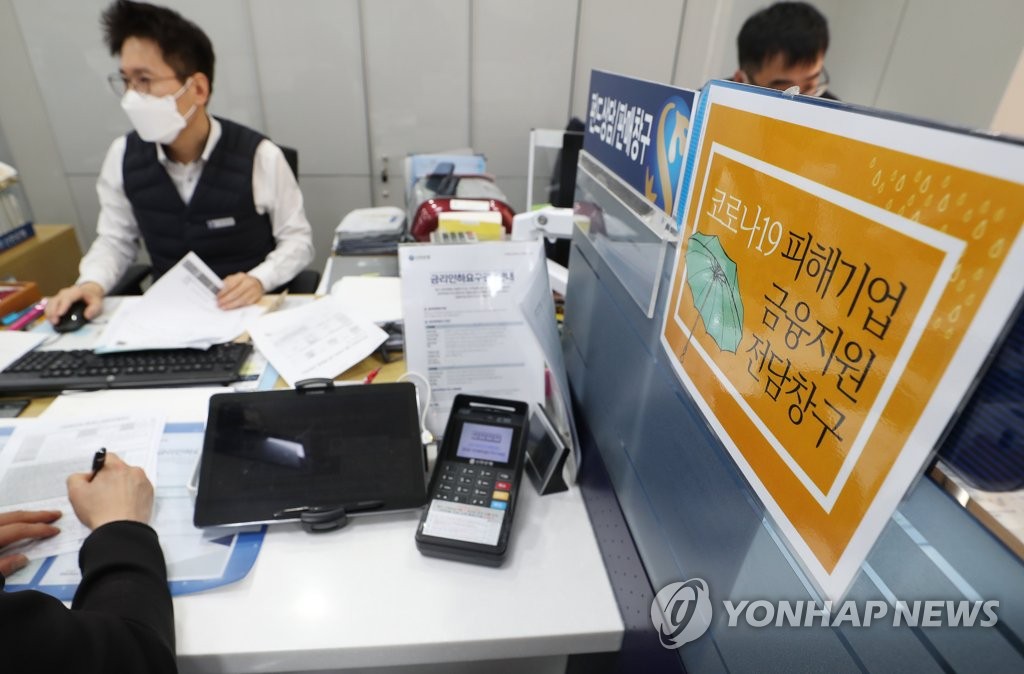 "Total loans sharply rose amid the virus outbreak, but overdue lending has yet to be reflected in a full-fledged manner (in calculating the loan delinquency)," a bank official said.

Since March, local lenders have extended more loans to households and companies struggling to cope with the economic fallout of the COVID-19 outbreak.

Local banks' household loans reached 928.9 trillion won (US$773.4 billion) as of end-June, up 8.1 trillion won from the previous month, according to central bank data. The June data marked the third-largest monthly rise this year.

Experts voiced concerns about banks' financial soundness after September as the effect of overdue loans will likely begin to be felt then.