SEOUL, July 13 (Yonhap) -- Kia Motors Corp., South Korea's second-biggest carmaker, on Monday unveiled the interior design of its all-new Carnival minivan ahead of its domestic launch in the third quarter.

The fourth-generation Carnival has more space to adopt a 12.3 inch panoramic display and navigation system and a wide center console, the company said in a statement.

On the exterior, the all-new Carnival comes with a dynamic radiator grille and a bold side character line that runs the length of the vehicle.

The new minivan is wider and longer, and it looks like a sport utility vehicle due to the "grand volume" design concept.

At the rear, the side character line trails into the back and merges with the rear lamp graphics. The roof has a bit of a fastback look, ending at the trunk lid, the statement said.

The Carnival is one of Kia's bestselling models, and over 2 million Carnival units have been sold in global markets since its debut in 1998.

The prices and other details about the new model will be released later, the company said. 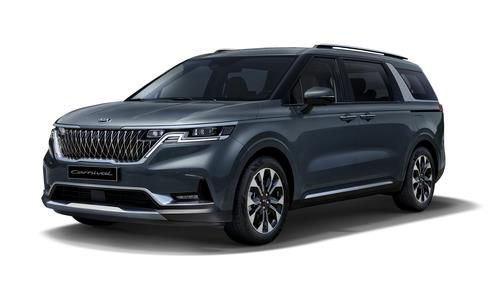