SEOUL, July 13 (Yonhap) -- Samsung Electronics Co. is in talks with competitor LG Display Co. for the purchase of display panels, industry sources said Monday, amid its transition to production of next-generation display.

Samsung Electronics and LG Display may sign a deal on LCD TV panel supply in the near future, according to the sources.

The move came after Samsung Display Co., a display maker under Samsung Electronics, announced earlier this year that it will discontinue its LCD screen production from next year and will speed up its shift toward quantum-dot (QD) display. 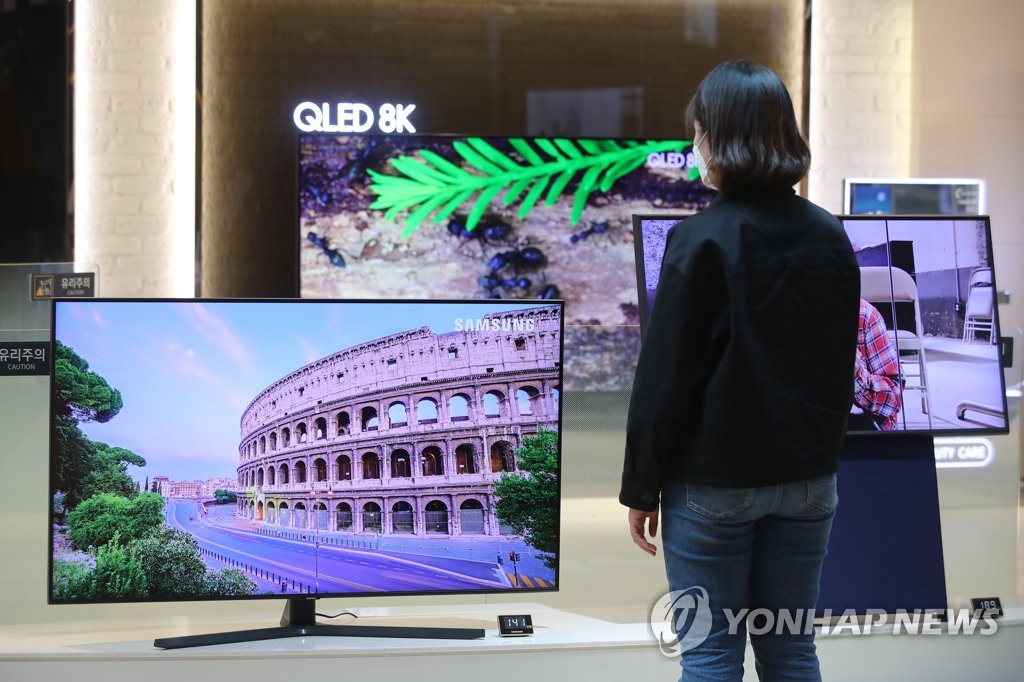 Analysts expect that LG Display's supply volume to be worth between 1 trillion (US$833 million) and 2 trillion won if the deal is secured. LG Display plans to supply large-size LCD panels from its plant in Guangzhou, China.

Samsung and LG are rivals in the TV industry, with the former representing QLED TV and the latter spearheading OLED TV. However, history shows the two sides can work as partners.

In 2017, Samsung Electronics received LCD screens for 65-inch and 75-inch TVs from LG Display after Sharp abruptly decided to cut its display supply.