SEOUL, July 13 (Yonhap) -- Friends, family and supporters gathered in pouring rain Monday to say their final goodbyes to Seoul Mayor Park Won-soon, a prominent human rights lawyer and civic activist who was regarded as a potential candidate for the next presidential race.

The funeral was also livestreamed online as a precaution against the new coronavirus.

Following an hourslong search involving hundreds of police and rescue officers, the three-term mayor was found dead at Mount Bugak in central Seoul on Friday. The city government later released a handwritten note by Park, who said he was "sorry" to everyone. 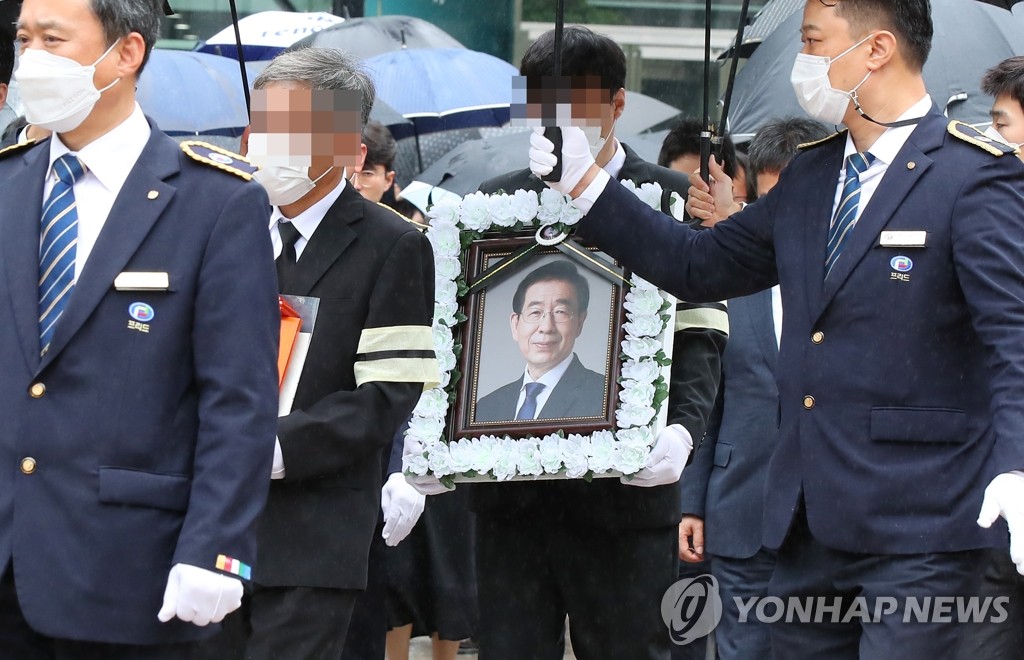 His abrupt death came as a shock to the city's 10 million population and the whole country.

While supporters mourned his untimely death, the incident also caused a controversy following reports that one of Park's former secretaries had filed a criminal complaint on sexual harassment just two days before his death.

More than half a million signed an online petition asking the funeral not to be held as a "mayoral funeral," citing the sexual harassment allegations, and a political fight surrounding the case erupted, in some cases seen as posing a threat to the former secretary.

Some even went onto file a petition with the Seoul Administrative Court to prevent the city government from holding the five-day public funeral. The court dismissed the petition Sunday evening, allowing the funeral to go ahead as planned.

Despite the political wrangling, Monday's funeral service was held in a relatively solemn and low-key manner at Seoul City Hall in the city center. Roughly 100 family members, friends, city officials and politicians attended the service that started at 8:30 a.m.

Supporters carrying umbrellas stood outside the City Hall building as they watched the online funeral service live to mourn the late mayor.

Park's funeral preparation committee said Sunday that the funeral will be livestreamed online "in line with the principle of cooperating with the COVID-19 control efforts and be held in a simple manner." 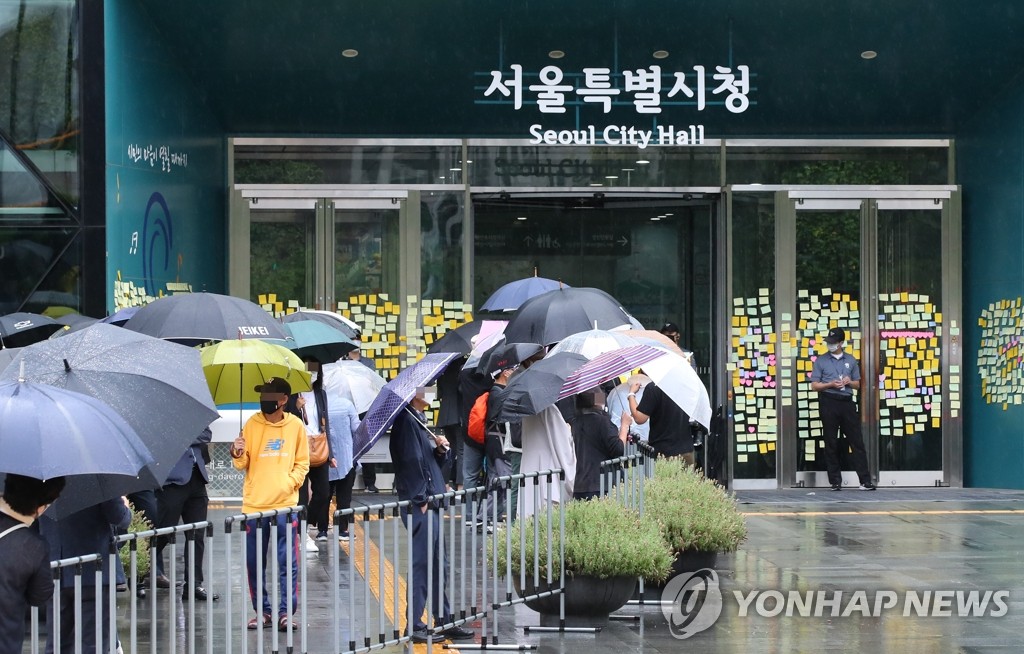 "My friend Park Won-soon has been with me for the past 40 years. It was just a day before (his death) that I had discussed property market measures with him. ... (I'm) in grief and misery," Lee Hae-chan, chairman of the ruling Democratic Party, said in his mourning speech, calling Park a "symbol of South Korea's civil activism."

City officials voiced regret about the mayor who had led the city's affairs for nearly a decade since he was elected to the post in a 2011 by-election. He was reelected in 2014 and 2018, with his term set to end in 2022.

"The road of the 'citizens' that (Park) had rightly defended for 3,180 days has become a standard not only for Seoul, but for the Republic of Korea," the city's acting Mayor Seo Jeong-hyup said.

"His last request was to protect the people from COVID-19 and to pioneer ways for Seoul to become a standard city in the post-coronavirus age," Seo said, vowing that the city's 75,000 employees will carry on with city affairs. 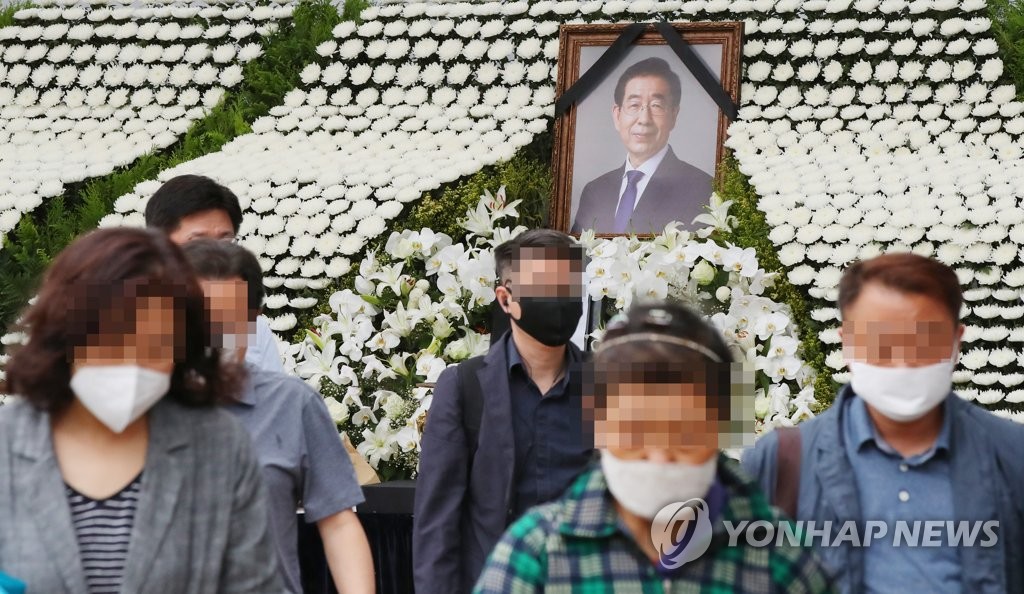 Park's daughter, Da-in, who spoke on behalf of the bereaved family, thanked everyone who visited the funeral to mourn and urged the people of Seoul "who have filled his spot" to help make Seoul a better place.

Park's body will be cremated at Seoul Memorial Park in southern Seoul and laid to rest at his hometown of Changnyeong, South Gyeongsang Province.