SEOUL, July 13 (Yonhap) -- A pro-North Korea newspaper in Japan on Monday criticized the United States over its recent decision to withdraw from the World Health Organization, warning that the move is highlighting its deepening global isolation.

The U.S. officially informed WHO of its decision last week after President Donald Trump had repeatedly knocked the U.N. body for its failed response to the coronavirus pandemic and pro-China attitude amid an intensifying rivalry between the two most powerful countries.

"The U.S.'s move has revealed that it can ditch alliance and even international pledges if they are deemed to run against its own interests," the Choson Sinbo, a pro-North Korean paper in Japan, said. "That is clearly showing that the U.S. is being weakened and isolated."

The paper noted that it is "nonsensical" to shift all the responsibility for causing the global pandemic only to China, saying the U.S. is an "exporter of the coronavirus" that only tries to pass the buck to others to make political gains ahead of the November presidential election.

The paper added that the U.S. is far behind in public health though it is an economic powerhouse and accused Washington of pulling out of WHO at a time when the world is in desperate need of cooperation to stem the spread of the contagious disease. 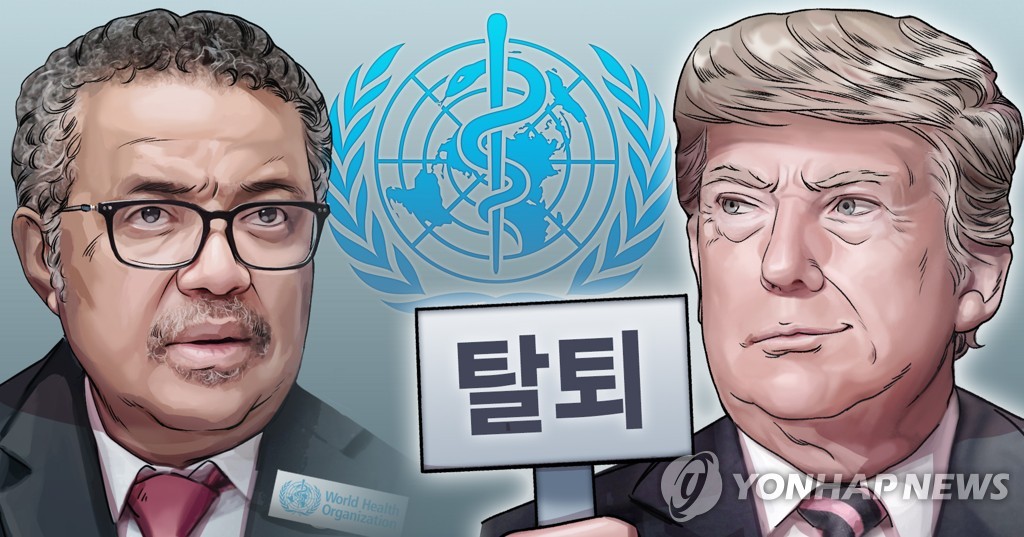