SEOUL, July 13 (Yonhap) -- The two best clubs in South Korean baseball so far this season will square off this week, with the first-place NC Dinos looking to put some distance between themselves and the second-seed Kiwoom Heroes.

The Dinos will wrap up their six-game Seoul road trip with a three-game set against the Heroes at Gocheok Sky Dome, beginning Tuesday. The Dinos lead the season series 4-2.

Prior to Monday's slate, the Dinos had the best record in the Korea Baseball Organization (KBO) at 39-17-1 (wins-losses-ties), and the Heroes trailed them by 5.5 games at 35-24. 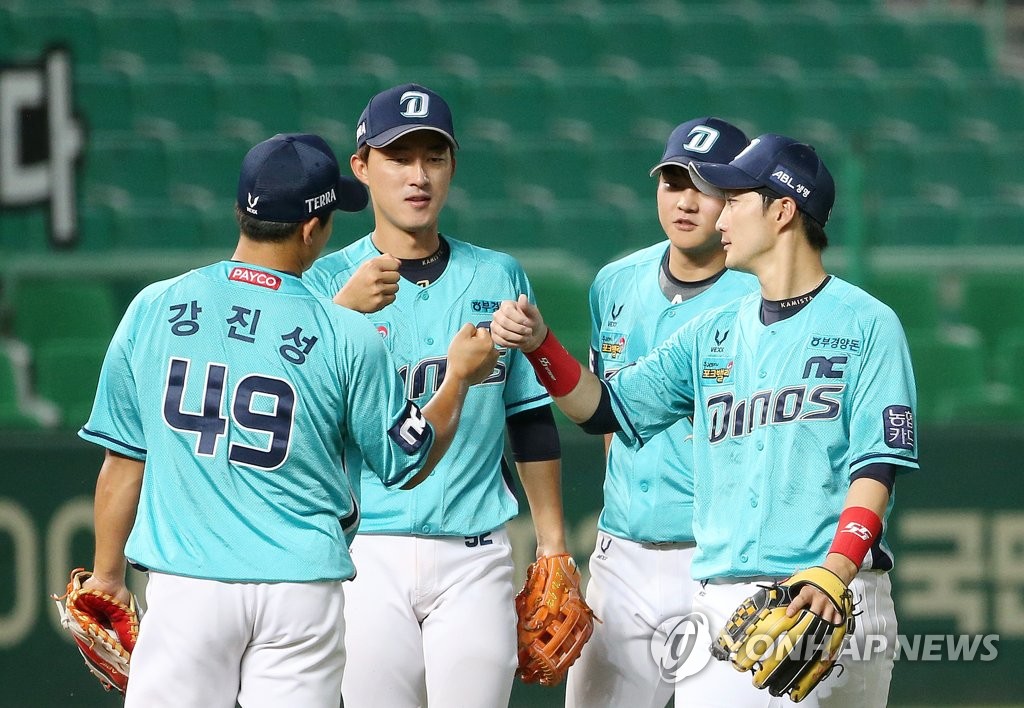 The Dinos have been in first place every day since taking the sole possession of the spot on May 14.

This series is also a battle between the KBO's best home team and the best road team: The Heroes have the best home record so far at 21-9, and the Dinos have been 19-8-1 away from Changwon NC Park in Changwon, 400 kilometers southeast of the capital.

The Dinos have also been the highest-scoring team so far this season with 372 runs, and the Heroes, which were roughed up by the Kia Tigers over the weekend while allowing 17 runs in two losses, will have their work cut out.

In both games, Kiwoom's starters, Choi Won-tae and Lee Seung-ho, each lasted just four innings, and the club was forced to rely on 12 relievers combined.

Sunday's rainout in Gwangju, 330 kilometers south of Seoul, may have been a blessing for the Heroes' taxed bullpen.

The Dinos are one win away from becoming the first team this year to reach 40. Historically, the club that reached the 40-win plateau first went on to win the pennant 21 out of 31 previous occasions, and captured the Korean Series 16 out of 31 times. Seasons from 1982 to 1988, when the KBO kept separate standings for the first half and the second half of the year, are excluded for this record-keeping purpose. Ditto for the 1999 and 2000 seasons, when the eight teams were split into two divisions. 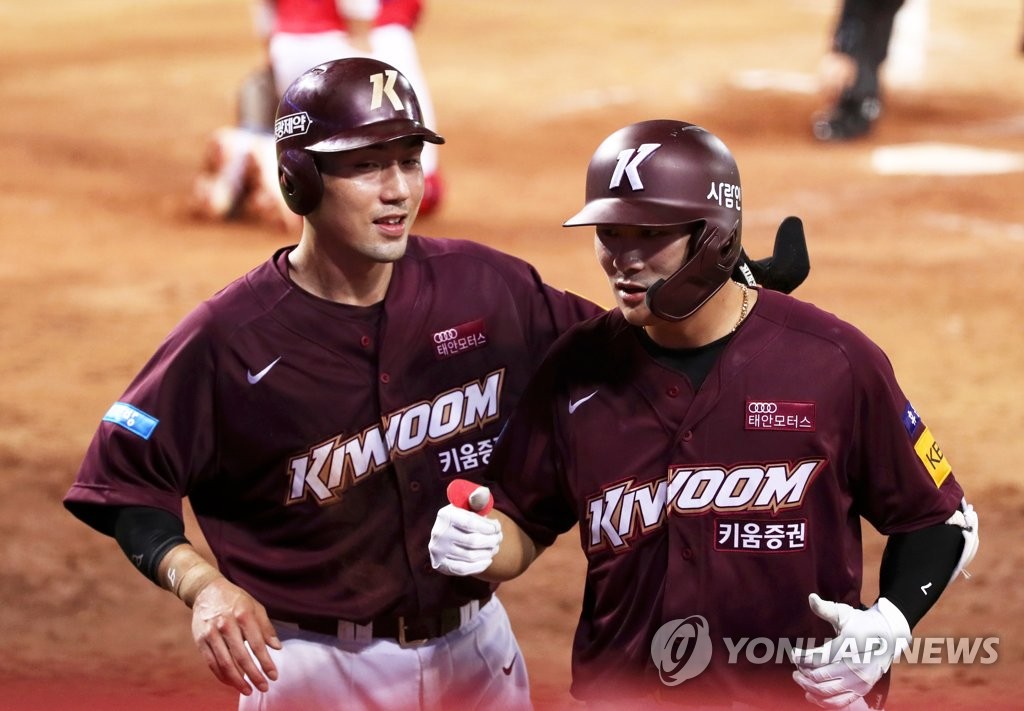 Elsewhere in the KBO this week, the Samsung Lions will try to snap out of their funk and stay in the fight for a playoff spot during their six-game homestand.

They'll host the Tigers and then the Lotte Giants in consecutive series at Daegu Samsung Lions Park in Daegu, 300 kilometers southeast of Seoul.

The Lions climbed as high as fourth last Tuesday but then dropped their next four games to fall to sixth.

They trail the LG Twins for the fifth and the final playoff spot by one game, but the surging KT Wiz -- winners of eight of the past 10 -- are only half a game back of the Lions. The Giants, currently in eighth, trail the Lions by 1.5 games.

The Lions are expected to soon welcome back starter Ben Lively, who hasn't pitched since May 22 with a left oblique injury.

After hosting the Lions, the Wiz will visit the Dinos in Changwon on the weekend. It will be their first trip there since May 12-14. The Wiz got swept back then, losing all three games by one run, two of them in walk-off fashion.

The Wiz are at 29-29, the first time all season they've been at or better than .500 in winning percentage. 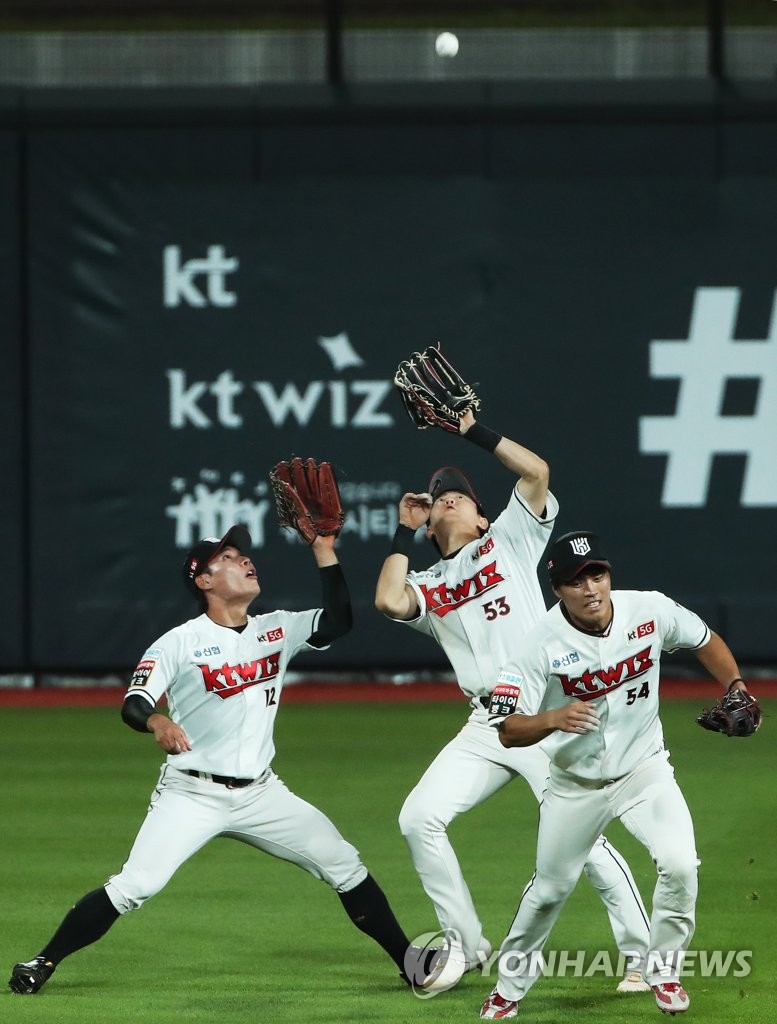 KBO's top club looking to extend lead in midweek series vs. No. 2 team

KBO's top club looking to extend lead in midweek series vs. No. 2 team