The market capitalization of the three companies, including Kakao, the operator of the country's top mobile messenger KakaoTalk, and leading game developer NCSOFT Corp., came to 100.7 trillion won as of Monday, roughly doubling from the value in late 2019.

The three tech firms have been cited as front runners of the so-called untact companies favored by people in the COVID-19 pandemic.

Gaming and tech stocks have rallied globally as more people stayed at home and avoided face-to-face contact, leading to increased content usage, according to market watchers. 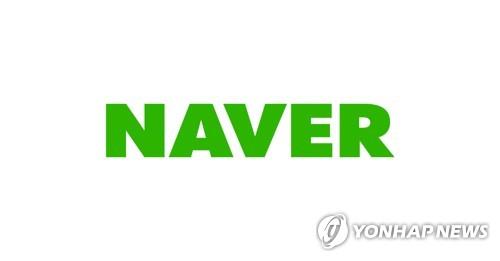 "The growth of the so-called untact companies in the local stock market is attributed to an economic recession, coupled with fast change in the technology and the structure of the economy," Lee Jin-woo, an analyst at Meritz Securities Co. said.

Naver became the third-most-valued stock on the main bourse with a market capitalization of 48.8 trillion won as of Monday, bypassing Samsung BioLogics, a biopharmaceutical unit of South Korea's top conglomerate Samsung Group.

Naver said its net profit jumped 54 percent in the first quarter from a year earlier largely on the back of increased online shopping transactions on its platform amid COVID-19 outbreak.

Market watchers expected Naver to further improve its profitability down the road despite the economic slowdown as its webcomic arm, Naver Webtoon, reported a sales increase last month, contributing to the strong performance for the quarter.

More commonly known as Line Webtoon in the United States, the platform is home to a plethora of creator-owned content, ranging from romance to fantasy.

Naver's operating profit is estimated to have skyrocketed by 77.7 percent on-year to 128.1 billion won in the second quarter, according to a report by online financial information provider Fn Guide.

Kakao also saw its market capital increase sharply, to become the eighth largest, with its market value at 30.9 trillion won, up from 22nd in late 2019, to surpass the country's leading automaker Hyundai Motor Co.

Kakao also saw its first-quarter net profit nearly quadruple from a year earlier on the back of robust growth of its new services, such as payment and e-commerce, linked to its mobile messenger, KakaoTalk.

The FnGuide expected the operating profit of Kakao likely to soar by 136 percent on-year to reach 95.2 billion won in the April-June period.

Shares of NCSOFT jumped 2.22 percent to end at 965,000 won on Monday, making the game publisher the 11th largest in terms of the market value on the KOSPI.

Other local gaming companies have also enjoyed huge popularity globally as the number of people playing PC and console-based games jumped by nearly 50 percent globally this year as the pandemic has confined more people to their homes, according to the market watchers.