According to the Korea Meteorological Administration (KMA), 236 mm of rain fell in Sancheong of South Gyeongsang Province for one day by 9 a.m., followed by 228 mm in Buan of North Jeolla Province, 190.5 mm in Gunsan of North Jeolla, 143.6 mm in Gwangju and 145.1 mm in Daejeon. 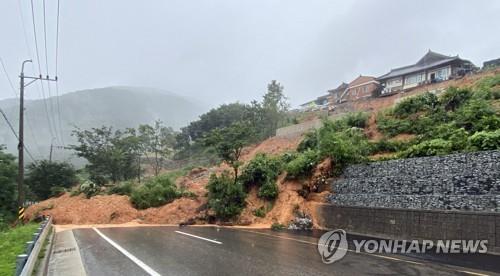 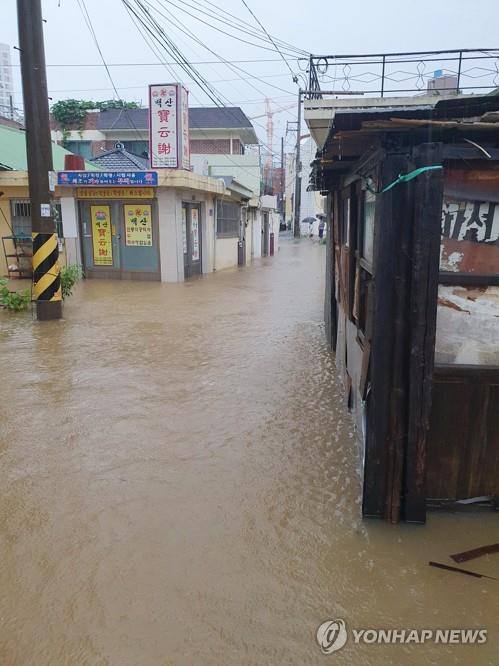 In South Jeolla Province, nine houses were flooded, while Gwangju reported floodings of five houses and a farm road.

In Busan, battered by 120 mm of rain and strong winds, one house was destroyed, many street trees were broken, several riverbed roads were inundated and seven roads were closed to traffic due to flooding.