SEJONG, July 13 (Yonhap) -- This year's in-person annual meeting of the Asian Development Bank (ADB) in South Korea has been postponed to 2023 due to the coronavirus pandemic, Seoul's finance ministry said Monday.

The 53rd ADB meeting had been originally scheduled to be held on May 2-5 in Songdo, near Incheon International Airport, but the meeting went virtual because of the pandemic that caused border restrictions.

The ADB had planned to hold the in-person meeting in September in South Korea, but the September meeting will also be based on digital platforms as the pandemic showed no signs of abating globally, the ministry said.

The delay was approved by the ADB earlier in the day and some ADB members will make a final decision in September on whether South Korea will host the 2023 meeting, according to the ministry.

The new coronavirus has infected about 12.7 million people worldwide and killed more than 560,000 since it originated in China late last year.

The virus is expected to take a huge economic toll on the global economy this year.

The Organization for Economic Cooperation and Development expected the world economy to contract 6 percent this year, marking the worst contraction since the Great Depression in the 1930s. 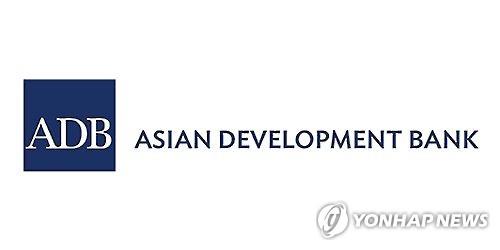 In-person annual ADB meeting in S. Korea delayed to 2023 due to pandemic

In-person annual ADB meeting in S. Korea delayed to 2023 due to pandemic